Is the Third Revolution of the Internet Here Yet? 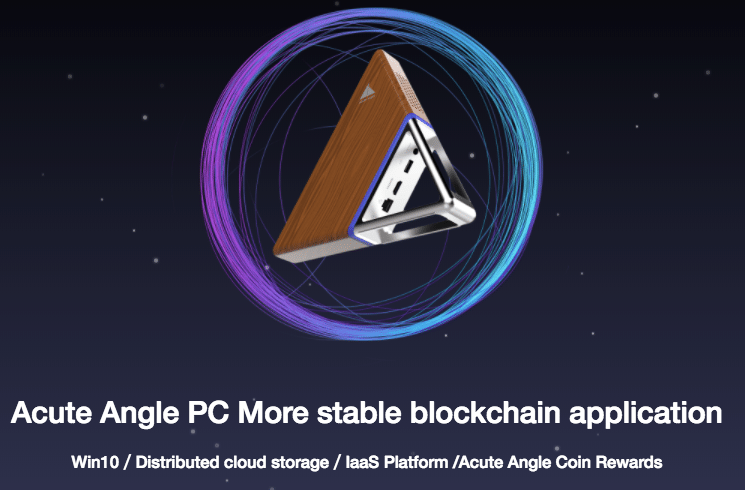 On December 14th of 2017, Acute Angle Cloud White Paper was released on their website. It’s said that this is an innovative project based on blockchain technology. It aroused heated discussion when the hardware, Acute Angle PC, was launched on their website on the 12th. Acute Angle Cloud is reported to establish a globally distributed IaaS platform, which addresses the shortcomings of Web2.0 and constructs cloud service infrastructure of Web3.0.

Web2.0 is known to have many disadvantages: hackers attacking the central server, the same document multiplies on the internet and takes up a lot of space, a lot of computers have over 60% idle hard disk, a huge amount of resources are wasted, the cost of using cloud services is still quite high, risk of spamming, fraud and virus attack, and lack of privacy, etc.

With Web1.0, servers were built by website developers. If the server is shut down, the website can’t be accessed. And with web2.0, you don’t need to build your own server. Even a startup company can offer quality content and service by renting a cloud server at the cost of a few thousand dollars. The emerging of the Bitcoin network and IPFS (InterPlanetary File System) will bring about a brand-new infrastructure.

As technologies evolve, Web3.0 is coming to us. The arising of Bitcoin enables the internet to carry on more value and trust, and blockchain technology will bring about a bigger upsurge of web3.0, Internet of Everything. It will change the mode of storage and transmission that’s been used for 20 years in the data aspect. Internet of Everything allows users to access a wide variety of applications without expensive equipment. Smart cars can be controlled from a webpage, revenues can be received as soon as a document is saved online, Apple Apps can be adopted in Android systems while maintaining high speed, fast computation, security and permanent web use.

To ensure safety of the system, traditional centralized servers perform a lot of backups which lead to vulnerability and redundancy. IPFS is a technological solution that generates a unique fingerprint for a document using Hash algorithm and the entire system will delete files with repeated fingerprints before saving the Hash value to the blockchain. It’s safe and permanent while reducing redundancy of the integrated system. P2P proximity transmission can save 60% bandwidth resources and improve the speed several times.

Acute Angle PC, as the terminal hardware of the entire system, can be included in the Acute Angle Chain system. It can provide comprehensive and sustained IaaS service for Internet business by providing idle resources. Rewards obtained from mining can be used for acquiring Acute Angle Cloud service.

Acute Angle Chain a decentralized public blockchain platform, which uses smart contracts to motivate users to provide idle hard disk, bandwidth, hash rate, etc. To provide the cloud service. Motivated by Acute Angle Chain, the entire system would have permanent impetus. Everyone is a contributor and in return gets rewarded for it. It constructs a highly efficient, safe, stable and permanent globally distributed IaaS service platform.