Twitter’s ICO “Adpocalypse” May Not Kill off Bitcoin 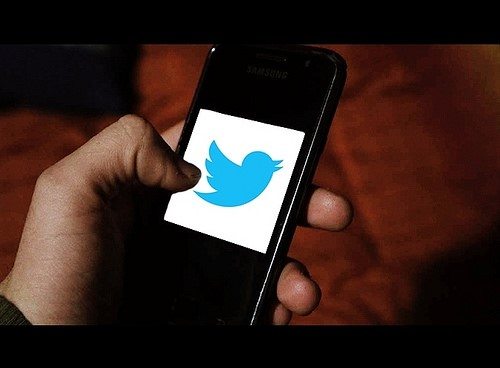 The news of Twitter’s Initial Coin Offering (ICO) ad ban has, in some critic’s opinions, put yet another nail in the cryptocurrency’s coffin. With the market as a whole taking a dip, the leading currency has taken the full force of the blow. At the close of March 2018, the price of a single bitcoin fell to $8,000 (now under $7000) and many now believe BTC fever is not only over but will never return again. However, for others, the latest dip is yet another bump in a road that still has an upward trajectory. Talking to CNBC back in January 2018, CEO of Shopin Eran Eyal described the current regulatory moves by world governments as “taking a knee” and assessing what these governments have got in front of them. Considering bitcoin’s overall growth, from a token worth less than $0.01 when it launched in 2009 to 2017’s $20,000 high, Eyal is bullish on the future of bitcoin.

While government ministers are currently weighing up their positions on cryptocurrencies, the financial industry has thrown its support behind bitcoin and its closest peers. Bitcoin futures may have caused some consternation among the largest banks, but they’re now on the trading schedules of the many of the top investment players. Trickling down, novice investors can also use online forex platforms to trade the currency. By using automated algorithmic trading strategies, desktop and mobile users can preset protocols to execute trades without human intervention. What’s interesting about using algorithms to trade bitcoin is that it removes emotion from the process. In 2017, FOMO (fear of missing out) clearly drove up the price as newbies raced to jump on board the hype. Now that the hype train is out of sight, negative emotions have taken hold and that, in part, is pushing down the price as people exit the market.

Trading algorithms could help negate these negative emotions which, in turn, could reverse the cryptocurrency’s current downward trend. Of course, more people trading bitcoin in a more efficient way can only do so much to prevent another crash. The thing that will have the most direct impact on the price of bitcoin in the coming months and years is users. While governments and the financial industry may have an overarching hold on the cryptocurrency world, real people have the power to effect immediate change. To this end, the fact we’re still seeing companies embrace BTC as a payment method in encouraging. As the cryptocurrency’s price fell towards $8,000 at the close of March 2018, Japanese car dealership L’Operaio announced a partnership with bitFlyer.

Compared to a major brand like Microsoft (which also accepts bitcoin payments), L’Operaio isn’t a real needle mover. However, the fact mid-level businesses are starting to choose bitcoin as a payment option is encouraging. If what we’re seeing is a trickledown effect, more businesses should equate to more users. Only by the general public accepting bitcoin as a viable way to pay will it really take off. Trading currencies may have an impact on their value on a day-to-day basis, but if it’s not a usable commodity then its long-term future is in doubt. The ultimate fate of bitcoin may still be up in the air. However, there are plenty of reasons to suggest that we’re not at the end of the road just yet. Whether it is governments, trading houses or consumers, there are many who would argue that BTC can and will rise again.