Universa Takes to the Skies 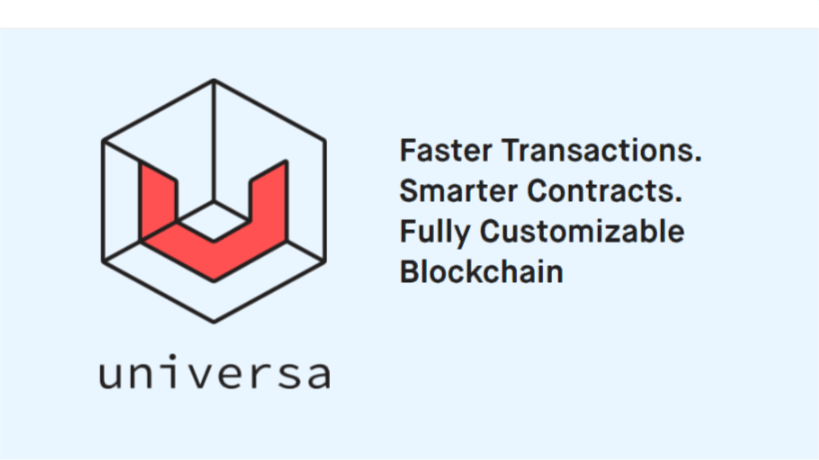 Universa has joined the Blockchain.aero consortium that unites manufacturers, service providers, and software developers working to make mass urban aviation a reality. Rapid advancements in engineering allow for a completely new type of aircraft and infrastructure, but manufacturers don’t have to limit themselves to simply selling the product. By employing blockchain technology along with the sharing economy model they can provide a full-fledged service and collaborate in a common ecosystem.

Transport-as-a-service was Uber’s way of disrupting the taxi industry, and now the company itself is exploring the air taxi market. Uber, as well as Volocopter, Ehang, and Airbus are already performing successful test flights and forming partnerships. Volocopter recently flew their vehicle in Dubai while Uber struck a deal with a major real estate developer in Dallas and is successfully negotiating with the city authorities of Dallas and Fort Worth.

Universa and Blockchain.aero are ready to be at the forefront of the nascent industry in Russia and beyond. Universa can help its partners in numerous ways – from expert consulting to providing technical solutions. Apart from payment processing, which is nothing new for a blockchain platform, there are other opportunities for Universa to add value to the budding ecosystem, as Blockchain.aero aims to port every aspect of the flight to the blockchain, including device interaction, technical parameters of the vehicle, and more complex economic relationships such as renting or leasing.

Instead of relying on traditional imprecise and convoluted pricing mechanisms, the consortium will create a shared network for direct consumption and support of the aircraft technical resource. Battery charge, sensor data, distance traveled, even wear and tear of particular vehicle components can be tracked and managed in real time on the blockchain along with current demand and traffic network capacity. The flight itself can thus be tokenized via a dynamic, transparent and objective pricing algorithm.

For passengers, this would mean a more accessible, flexible, fast, and straightforward service.

For entrepreneurs, such a model would lower transaction costs, facilitate maintenance procedures, present real-time data for analytics, and provide a clear mechanism for direct settlement with partners. All of these benefits are not merely strategic – they will certainly show on the balance sheet.

For investors, an urban air travel token would be a worthwhile asset with tangible public value. As the network of real service consumers and providers potentially grow in reach and efficiency, it ensures the demand and liquidity of the token, thus aligning the interests of the investors and the public.

This vast IoT network of vehicles, service stations, and passengers requires a lightning transaction speed along with unprecedented scalability. Few blockchain platforms are as capable to meet these demands as Universa. It can provide a solid platform for token exchange, traffic coordination, administrative operations, or virtually any procedure thanks to the Turing complete logic of smart contracts.

The users may not even be aware of the underlying technology, but a blockchain that manages to solve a crucial public problem such as traffic congestion is bound to thrive. It would be a system with guaranteed network effects and controllable performance. Universa and Blockchain.aero are seizing this opportunity as early as possible so that they can build a data-driven and robust network from the ground up before a wrong choice of an outdated model slows it down.

Blockchain.aero partners Bartini and Gepard are already testing their own vehicle models. Their engineering challenges are by no means unsolvable. The $1.2 bln market estimate shows enough potential demand to fuel rapid progress in air travel technology.

Our cities are dealing with massive urbanization and traffic congestion creating a growing need for scalable, clean, and affordable transportation that wouldn’t clutter up our pathways. Last century this very demand gave rise to the subway, a traffic system that has been thriving ever since. As Tom Enders, the CEO of Airbus, put it:

“One hundred years ago, urban transport went underground, now we have the technological wherewithal to go above ground”.

He is convinced that the adoption of air taxi could save governments money on bridges, roads, and other pieces of expensive infrastructure.

Foundations for vertical takeoff and landing infrastructure already exist in many cities. The rooftops of every major metropolis are equipped with functional helipads that are largely underused. Tokyo, Seoul, and Los Angeles have more than 70 landing pads each. As for legislation, Dubai, Singapore, and other modern governments ready to welcome small commercial aircraft will set a notable example for aerospace regulators who will inevitably have to adjust to the market pressure.

The subway redefined public transportation a century ago, but this time we can make the new system decentralized, transparent and maintainable by the public with the help of blockchain technology. Universa and Blockchain.aero hope to build it in a team effort extending the meaning of “sharing” in sharing economy from consumers to collaborative entrepreneurs and investors.