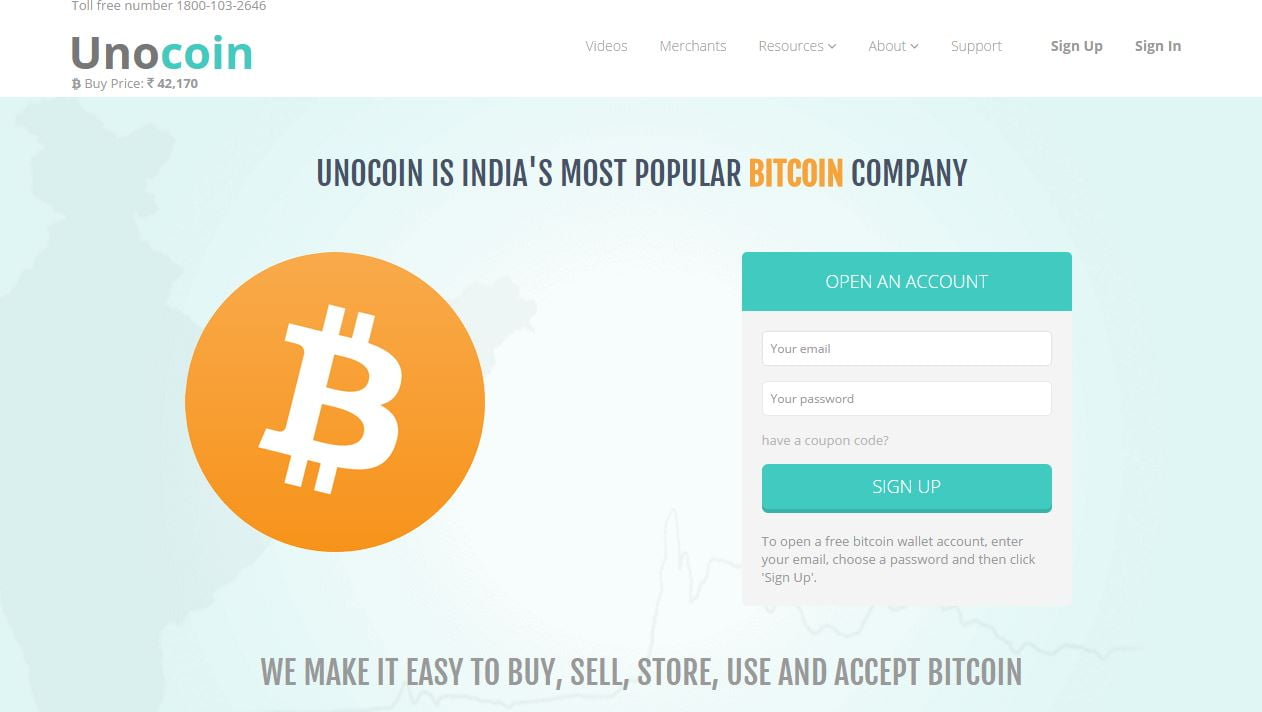 Unocoin – The Simplest way to Buy, Sell, Use and Store Bitcoins

Today, the India is one of the countries where Bitcoin is increasingly being used. With a large number of people of Indian descent and nationality working abroad, Bitcoin is now leading the global remittances to India.

Unocoin is one Indian Bitcoin exchange that started in June 2013 when a few members met at the India Bitcoin meet-up group aiming to take Bitcoin to the masses. Soon after this, Unocoin opened its offices in Bangalore and Tumkur, started to provide Bitcoin trading, storage and merchant processing to the public. The company also focused on helping small and medium businesses and merchants accept Bitcoin for their products and services. Trade was open in December for users with a set buying and selling limits.

Unocoin charges a fee of 1% to buy or sell bitcoins. Over an extended period of usage (minimum 60 days) and a significant transaction volume on your account, there will be an upgrade to “Gold Membership”. With this upgrade the transaction fee drops to 0.7% and giving you a higher transaction limit per day. A government levied Service Tax of 15.0% will be charged on the transaction fee. For example, if you are buying bitcoin for 10,000 INR, then the transaction fee at 1% will be 100 INR and the service tax on that transaction fee would be 15 INR. Hence you will end up paying 10115 INR in total.

If you are looking to buy Bitcoin and don’t know where Unocoin might surely be your best option!

Get 110 USDT Futures Bonus for FREE!
Tags: bitcoin exchangebitcoin tradingunocoin
Tweet123Share196ShareSend
BitStarz Player Lands $2,459,124 Record Win! Could you be next big winner? Win up to $1,000,000 in One Spin at CryptoSlots