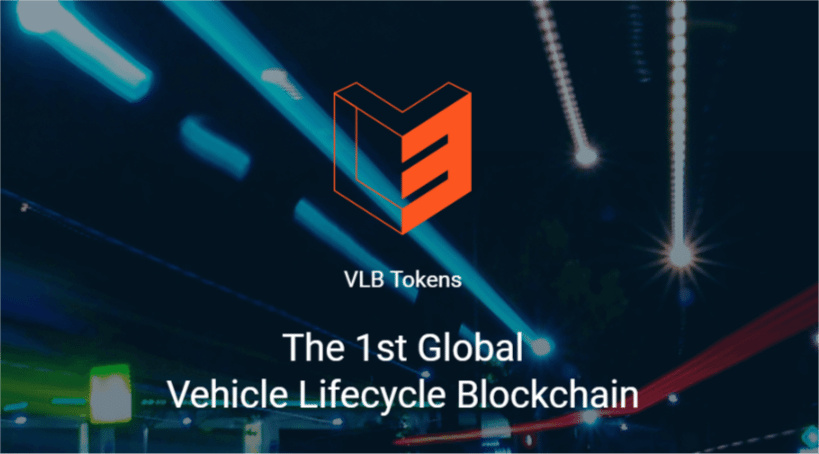 The National Insurance Crime Bureau (NICB) lists a number of scams and frauds that are rife in the automotive repair industry. These frauds transcend dangerous and life-threatening issues such as Airbag fraud, windshield glass fraud to bandit tow trucks that transport your vehicle to dodgy repair shops. There is no shortage of problems in the automotive universe, whether it is related to auto repair shops, auto-insurance or the supply-chain for parts and spares. One of the reasons that customers are suffering is the fragmented nature of the vehicle-related industries. All of the players involved operate in isolation and the customer and the industries themselves are subject to practices that have remained in place for years. An integrated system that acts as a link and binds the whole automotive experience in a chain has been missing, until now. The Vehicle Lifecycle Blockchain (VLB) claims to be the ‘ultimate blockchain fuel for the Vehicle Lifecycle Industry.’

What is Vehicle Lifecycle Blockchain (VLB)

Imagine an automotive ecosystem that encompasses everything from the time a vehicle rolls off the production line to the time it is junked in a yard. VLB aims to bring transparency and clarity to separate components in the automotive sector like manufacturers, repair shops, insurers, financiers and other operating participants. The blockchain will bind these participants and remove corrupt practices ensuring that customers get a fair deal. CarFix, which has a fully operational business in Russia and has serviced 250,000 customers with its reach of 500 repair shops are the force behind VLB, thus elevating it beyond just a ‘concept’. CarFix have earned the trust of major fleet owners like Uber and Fleetcor as well as a major car manufacturer. CarFix are also planning to extend their business model to the United States. The blockchain will ride on the shoulders of real-world customers and business owners, CarFix will be able to use their domain experience to carry out sales and marketing to help the system get a foothold till a point where it becomes self-propagating. CarFix’s business development team is working in this direction and is headed by the former head of supply at Uber. The blockchain will create a whole economic ecosphere which will be fueled by the VLB token.

VLB token as a fuel for automotive industry

The VLB token, which is based on Ethereum ERC-20 standard  is a utility token. This token will be necessary for various participants and users of VLB to get access to products and services. Paying participants would be able to use the VLB token to record transactions in the VLB as an example car owners would be able to record car purchase transactions or can access VLB records for ownership data. They can also track car maintenance and repair records. Similarly car repair shops can use these tokens to record car repair. There is a whole lot of use cases for the VLB token that have been clearly elaborated in a whitepaper that has been issued by them, which run the entire gamut of the automotive industry.The premise of VLB token is that the information in Vehicle Lifecycle Blockchain would be written through VLB tokens and eventually the entire industry would require this token to conduct routine transactions. VLB would first be deployed within CarFix’s own network and then move beyond it.

VLB tokens are being sold through an initial coin offering (ICO), which is ongoing at the time of the writing of this article. The ICO’s last date is December 17, 2017 and there are plans to raise 300,000 ETH through the token sale. 200 million tokens are up for sale during the ICO. Any unsold tokens will be liquidated. The token sale would be used to raise funds for the development of the Vehicle Lifecycle Blockchain. Bonuses are available for investors during different phases of the ICO and till December 2, 2017 there is a bonus of 195 VLB on purchase of 1 ETH worth of tokens. This means that instead of getting 650 VLB for 1 ETH,  an investor will get 845 VLB.

Instructions on how to participate in the ICO are available on the VLB website.

As the blockchain system’s deployment picks up pace, the number of participants will increase. Each participant is obliged to spend at least 1 VLB token on every transaction they do on the system. According to the estimates made by CarFix, there are at least an average of 3.5 paying participants per each transaction and they project that demand for VLB tokens would rise by 16+ times in the next 5 years to 4.4 bln per year. This could potentially lead to appreciative forces on the token. The benefits of the blockchain itself are numerous and can potentially lead to revolutionising an entire sector with the emergence of a decentralised, trustless system in place. As an example insurance companies would be able to trust records and offer better claim management costs. They would also be able to offer cross-market services to other users of VLB. Manufacturers would be able to offer reliable maintenance records and make the warranty process more transparent and effective. Repair shops stand to gain as well as they get access to the blockchain and CarFix’s franchise network. VLB has the scope and the potential to bring a new age of trust in the automotive sector, where it has been eroded due to years of disconnect between the participants and malpractices that have disenchanted customers.