WaykiChain Shows Signs of Becoming the Next TRON 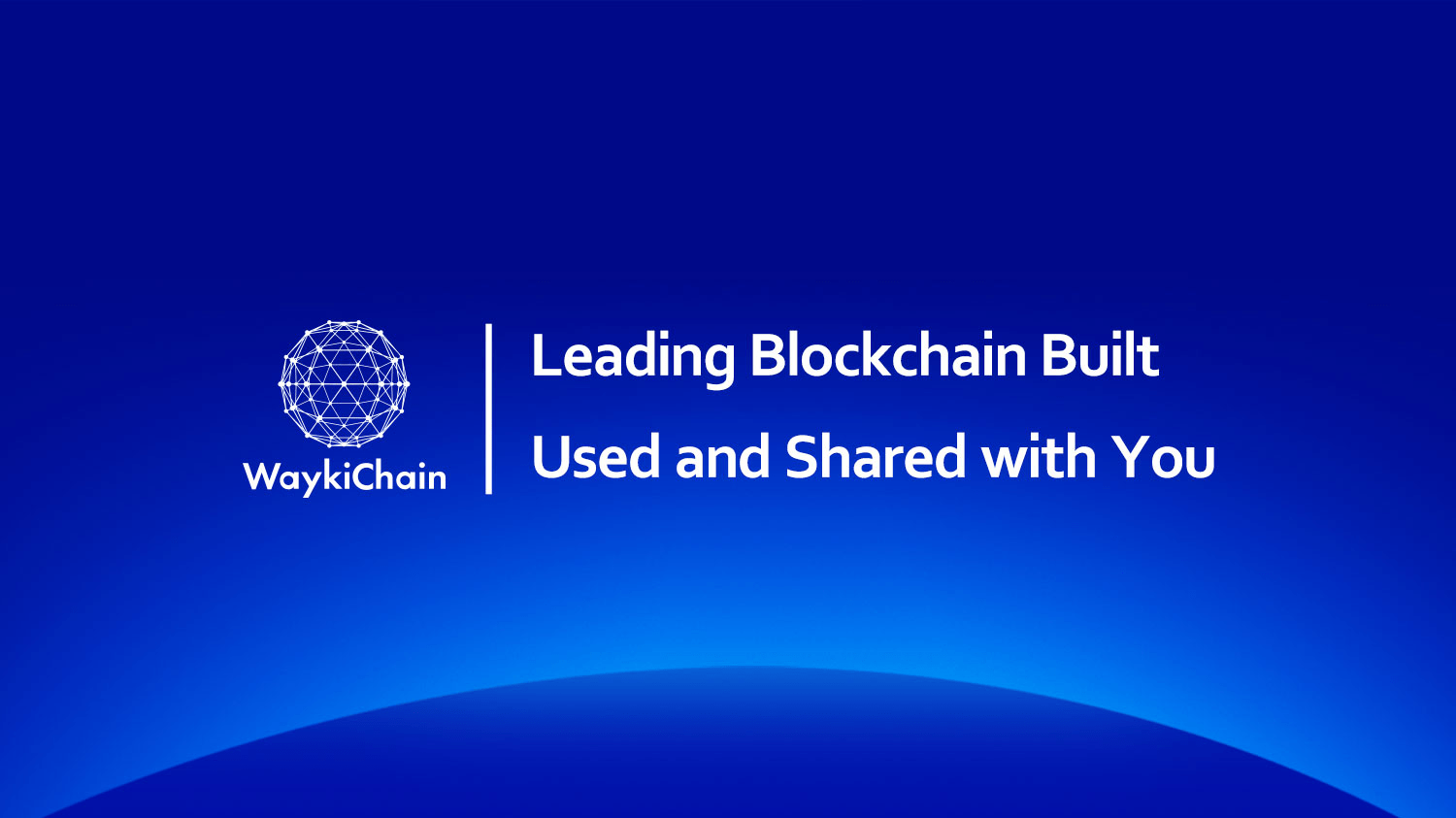 WaykiChain has launched a DApp Funding Program to incentivize developers and spark innovations in the blockchain industry. The program is an ambitious move by the blockchain network which aims to be world-leading blockchain technology and ecosystem built, used and shared with every participant.

Just like Tron, one of the most successful cryptocurrencies today, WaykiChain has a noble goal and a $1,500,000 incentive program to promote the rapid development of the community.

So, what is WaykiChain?

WaykiChain is a third generation public blockchain-based platform that shares some similarities with the likes of Ethereum and EOS. It leverages DPoS consensus mechanism and supports Turing-complete smart contracts. WaykiChain has a block time of as less as 10 seconds, backed by 11 voting nodes. The voting mechanism allows users to lock their WICC tokens to earn corresponding votes. The platform has a limit on voting, where every vote can be cast for a maximum of 11 candidates at most, and those who are voted will receive corresponding interest.

The WaykiChain ecosystem is committed to creating blockchain-enabled solutions for the global predictions market. It provides enterprise-scale solutions that will enable the growth of multiple industries such as asset business, forex trade, and decentralized exchanges. As a part of its endeavour, it has already published a range of decentralized applications (DApps) with a significant number of users. Some applications include the likes of WaykiTimes and WaykiMan and others. The first application built using the blockchain platform, WaykiBet registered over 220,000 downloads with a daily active user count of 20,000.  Currently, some of the popular apps on ETH and TRON are also planning to transplant their apps to the platform.

Further, the WaykiChain project has gained traction with governmental organizations, especially in China. The platform has built a strong community, both domestic and overseas similar to those of other popular blockchain projects.

The project focuses on 4 most important aspects – safety, stability, efficiency, and ease-of-use, to further the implementation of blockchain technology across industries. As a part of its commitment, the team constantly works on releasing new updates.

How developers will benefit from WaykiChain’s DApp Funding Program?

Developers can also receive up to $15,000 in incentives for the DApp they wish to develop. This funding program is designed to lower the barrier of entry for developers around the world with great ideas. Additionally, the team will provide all-round support to the developers who sign up to their corporate deal, which includes tech support, industry resources, product marketing services, team branding, etc.

WaykiChain will help developers gain massive exposure to the crypto-sphere. The firm will provide constant media exposure aimed at helping the application generate user traffic, to incentivize the developers innovate even more. So, developers will be given access to the best resources in the blockchain industry.

The core value of WaykiChain is to help developers realize profits in the shortest time possible. Hence, WaykiChain will help developers operate DApps effectively to maximize their revenues. As a reward to early birds, WaykiChain will gift the first batch of developers who sign up to the program, a 100% return of the amount spent on transaction fees for the first two months. The developers will also enjoy a huge proportion of revenue share. The platform looks to foster a long-lasting relationship with the developer community to ensure a stable, efficient and sustainable ecosystem for WaykiChain.

Blockchain started as a community initiative, and without their involvement, it is almost impossible to create a stable, scalable and technologically superior DLT platform. WaykiChain understands the importance and hence invests a lot in the form of resources, investments, and support to grow its community. The community development program taps into developers to create and deploy dApps based on the platform, and onboard users to adopt these applications and tokens.

The WaykiChain ecosystem has exhibited significant growth in recent times, following the implementation of Developer Incentive Programs. The recently concluded program received over 109 submissions by developers from over 29 countries. The number of dApps migrated from other platforms to the WaykiChain ecosystem and active users on some of the popular dApps paints a promising picture of the platform’s future.

WaykiChain provides enterprise-scale solutions that will enable the growth of multiple industries such as asset business, forex trade, and decentralized exchanges. The blockchain powering this change can maintain up to 1500-2000 transactions per second, which is almost 20-fold the capability of Ethereum.

Good Reputation and the Support from Government

WaykiChain is considered as a benchmark blockchain project by the Chinese government, among others. Recently, the project was invited to attend the 20th China Development Forum in Beijing for the second time. The event hosted by Development Research Center of the State Council witnessed participation from the likes of Tim Cook – Apple Inc., CEO; Royal Dutch Shell plc.’s Ben van Beurden; Volkswagen AG’s Virginia M. Rometty, etc. During the event, the WaykiChain team interacted with business leaders from World’s top 500 companies on the development and implementation of blockchain technology.

The company also participated in last year’s Huobi round-the-Globe Tour, with the CTO Richard Chen as a special guest. Following, Huobi Global has extended its support to the project with the mainnet launch. Since then, WaykiChain has forged partnerships with various other businesses, attended multiple high-profile events and pushed for mainstream participation.

The Path to Prosperity of WaykiChain in CEO’s Eyes

In terms of the path to development in a hard time and competitive environment, Gordon Gao, the CEO of WaykiChain, pays most attention to the growth of public chain technology, the building of developer-friendly platform, talents introduction and team expansion.

Gordon Gao says: the bear market is our opportunity to lay a solid foundation, which is also related to WaykiChain’s long-term strategic planning.

Gordon Gao, the CEO of WaykiChain mentioned that WaykiChain needs to focus on valuable actions and progress about public chain development, rather than too much pointless marketing.

Gordon Gao also mentioned that talent induction is another important aspect. WaykiChain pays attention to the growth of each member. Richard Chen, the chief technology officer of the team, regularly organizes technical personnel to share and communicate. Also, the team constantly expands, with an increase in number from around 60 people in 2018 to around 100 people now. This trend of team expansion is surprising in the blockchain industry, especially during a hard time.

A project is only as good as the team behind it, and like any successful blockchain platform, WaykiChain is headed by a highly capable team. The WaykiChain team has industry-renowned developers who have had successful project experiences, as well as experienced operators and experts who have been immersed in the target industry for many years. The team numbering upwards of 100 consists of some of the best professionals from their respective fields, including seasoned developers, market operation specialists, and domain experts.

The project has a strong roadmap in place with sufficient funding to see it through after having converted the ETH raised through crowdsales to fiat. The team expects the existing reserves to help the project sustain for the next 5 years at least. However, WaykiChain will turn profitable much before that.

Learn more about WaykiChain at – https://www.waykichain.com/