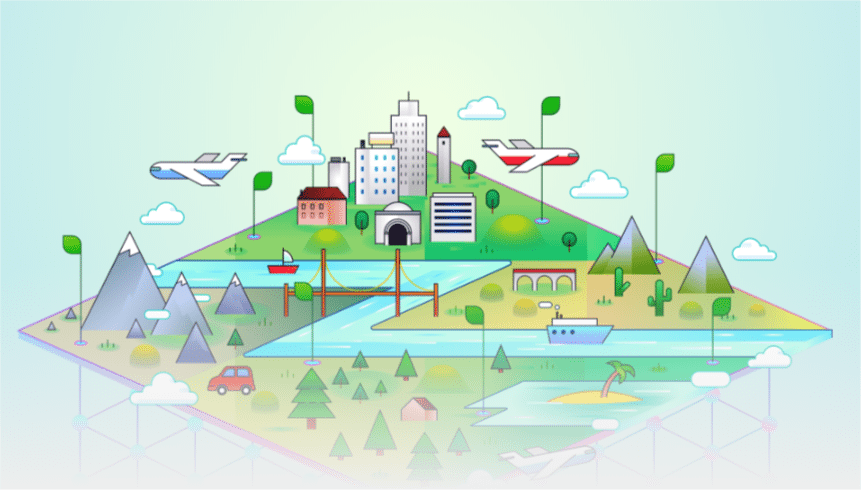 Winding Tree Uses Blockchain for Choice to the Travel Industry

Online Travel Agents are declining in popularity as people are looking elsewhere for real choice. Can Winding Tree rewind this?

Does airfare make any sense to you? Are you completely flummoxed at how complex it is to really find an airline ticket at a decent price? Sometimes flying from an airport further away from your home or your destination is cheaper by leaps and bounds instead of taking a direct flight to the destination. Sometimes making multiple connections is cheaper than just buying a direct one. Two one way tickets cheaper than a return? We have all made these observations while trying to find the cheapest price from Point A to Point B. What is even more surprising or perhaps not surprising is that most fares seem to be the same on a wide array of online travel agents (OTA) websites.

These Online Travel Agents, which were supposed to make our life easier and remove the middleman in the form of traditional travel agents are basically a source of endless frustrations for the do it yourself (DIY) traveler. Travelers are increasingly obtaining information other sources than OTAs. According to a survey carried out by MMGY and reported by travelmarketreport.com, Google is the no. 1 source of information for travelers and has outpaced Expedia, one of the big OTA players in the 2017 iteration of the survey compared with the 2016 study. This indicates the declining role that OTAs are playing in the travel industry.

There is a growing need and space for a travel platform that serves the needs of today’s customers. A portal that is based on the principles of fairness. Winding Tree is about to deliver a new era in travel that would allow for a better deal for the customers but also for all the other stakeholders involved in the travel industry. This blockchain based platform would be built on Ethereum’s technology and would give access to greater profitability for travel industry partners and finally deliver price information to sensitive customers in a more effective manner. Winding Tree has the support of the big boys of the travel industry, from the airline sector they have partners like Lufthansa, one of the biggest airlines in the world along with Swiss, Air New Zealand, Austrian, Brussels Airlines, and Eurowings. Hotel partners include the Nordic Choice Hotels, which have 190 properties under their brand in the Scandinavian and Baltic regions. In fact, Winding Tree is an interesting blockchain project from the perspective that even a whole country has signed up as Aruba’s ATECH foundation, responsible for technical development in the country are partnering with the Winding Tree travel platform. Aruba is betting on Winding Tree able to deliver travel products directly to the visitors without the involvement of any intermediaries.

Cutting down the middlemen

There is no secret that there are multiple middlemen involved in the travel business. It is an arena that is dominated by cuts, commissions, and paybacks. This requires new technology and a completely novel approach so that disruption can force prices downwards. The Winding Tree foundation is an approach in this regard, the foundation aims to improve the travel experience for customers by unveiling various initiatives. In cutting down the middlemen, the platform will allow suppliers of travel products to distribute directly to the points of sale. Sellers of travel related products would be able to access product inventories from every supplier on the platform and get the best prices possible for their customers.  There is no more need to pay markup fee or face the danger of being locked out of the market by larger players. For the customers, Winding Tree will translate into trickle down cheaper prices  but they would also benefit as they would be able to use Winding Tree’s platform using the Lif token to pay for the best deals directly within the platform. The amount of information available to them on the platform would allow them to exercise real choice instead of today’s scenarios where a few players own most of the OTAs and real choice exists only on paper.

Winding Tree is betting on its token Lif to play the role of the ultimate utility token in the travel industry. Lif would unlock a range of services that would enable every person involved from customer and supplier to exercise more choice. In order to raise funds for the platform a Token Generation Event (TGE) is being held by Winding Tree starting February 1, 2018. Lif tokens would be sold at the crowdsale with the price range between 1000-900 Lif for 1 ETH (Ethereum). There will be no caps on the sale for two weeks after the sale begins and the markets will ultimately decide the maximum number of Lif tokens to be generated. In order to build further transparency funds generated in excess of USD 10 mln will be stored in a Market Validation Mechanism (MVM). Investors would be able to withdraw a part of their contribution by sending Lif to MVM. This feature has been greatly appreciated with the Merkle even designating Winding Tree’s crowdsale as one of the most promising ICOs of early 2018.

Winding Tree holds the promise to redefine the travel industry because of the guiding hands at the project. Maksim Izmaylov, CEO of Winding Tree is a software engineer and has experience of the travel industry as the founder of Travel Tech Con, a non-profit conference focussed on travel innovation. CTO Jakub Vysoky, founder and CTO of Roomstorm developed the airline industry’s pioneering automated platform for provisioning hotel accommodation to stranded passengers in the event of disruptions. Maksim and Jakub went through Ycombinator for Roomstorm. Ycombinator is known for raising funds for early-stage startups. Pedro Anderson, the COO has a crypto investing background and he is also a social entrepreneur. On the technical side of things Augusto Lemble, the Blockchain Architect at Winding Tree is in charge of smart contracts development, security and integration of Winding Tree libraries and services. Augusto is also a core contributor at Open Zeppelin and is working on cutting-edge tech like site channels as well as ERC20 upgradability.

The ability of the team to combine blockchain technology with their travel expertise is one of the core strengths of the project. It is a factor that will determine to a great degree the future of the project and the travel industry itself, which is now starved of real information and real choice for the end user.