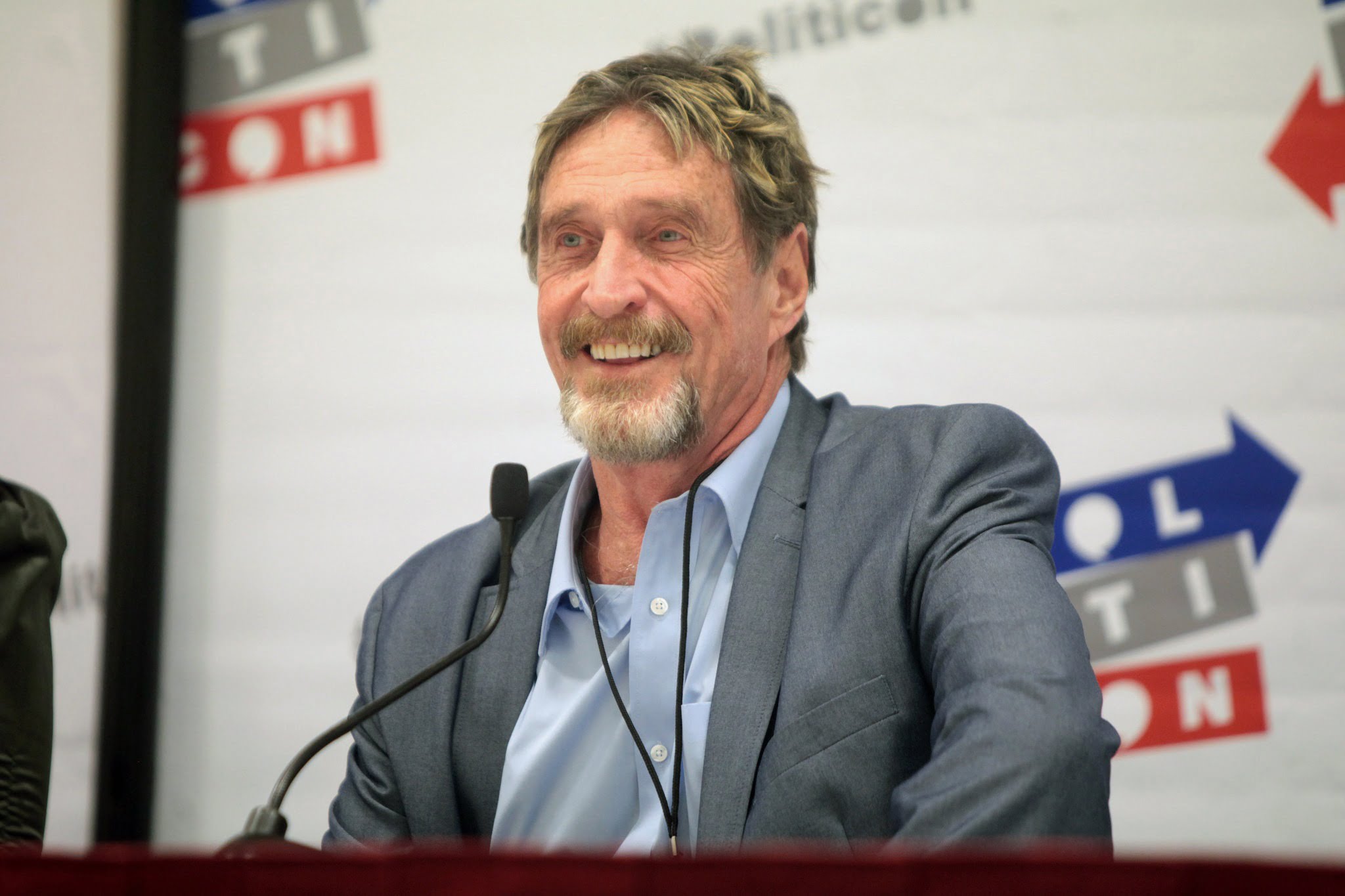 ‘No Hoax’ McAfee Coin Could Turn Fiat on Its Head

Founder of McAfee Antivirus and paid shiller, John McAfee, announced a new fiat currency today, backed by crypto. In a radical move against long roadmaps, the McAfee Coin is set to launch, without prior warning, in less than a month.

McAfee, self-proclaimed ‘Father of the Privacy Movement,’ has his face featured on four of the seven notes. The One McAfee Redemption Unit note features McAfee surrounded by five women. The notable individual chosen for the 50 Redemption Units note is Roger Ver, founder of Bitcoin Cash, known affectionately as ‘Bitcoin Jesus.’

“No hoax. The “McAfee Redemption Unit” is real and coming in 26 days. The graphic is low res – don’t want to give much away yet. Printed on currency paper, holographs on both sides, serialized, linked to the blockchain, redeemable, convertible, collectible,” McAfee tweeted.

SmartPayMINT offer notes and coins that contain access to specific amounts of cryptocurrencies. They use near field communication (NFC) to transfer information and feature a QR code of the relevant public key. These coins are an alternative to hardware wallets, such as the Ledger Nano, which can store multiple cryptocurrencies. However, their website has been offline since May 15 and little information appears to be available.

. @SmartPayMINT sent this. What's odd is that tomorrow night I am going to make an announcement of the new "McAfee Coin", based on a radical new concept: Fiat currencies (collectible) backed by crypto – the reverse of what banks are attempting. Seriously. pic.twitter.com/3uTHHKG18M

It is unclear how much the Redemption Units will be worth as they attempt to merge cryptocurrency and the muggle world of fiat. They appear to represent time with McAfee. The note states that if the owner appears at the Redemption Office in Mexico between 1 p.m. and 3 p.m. they will be allocated a time and place to meet with McAfee himself. The length of this meeting will be related to the amount of McCurrency held.

The new crypto-fiat-currency may play a role in McAfee’s currency independence movement, which was formed as a response to his perceived war on cryptocurrencies by banks. Their aim is to separate money from the state, giving the public more control over how they transfer value. He is urging followers to sign the Declaration of Independence whereby signatures will be recorded on the Ethereum blockchain.

McAfee’s recent predictions include Bitcoin Private surpassing $200 (currently $22) and EOS hitting $36 (currently $12) by the end of July. He also maintained his position that the Trump-Kim Jong-un summit will happen even though it looked like it was cancelled when Trump sent a letter calling it off. However, U.S. President Donald Trump recently tweeted that talks are in place to put it back on the table.

In November, McAfee raised the stakes on his famous bet, stating that if the price of Bitcoin is not $1 million by 2020, then he will eat his own penis on live television. In response to this bet, a website has been set up tracking the progress and publishes daily live updates on Twitter. Currently, Bitcoin is 29% below target meaning that McAfee, and TV viewers in general, should be feeling quite nervous.

NewsBTC would like to point out that we do not seek to understand or explain the workings of McAfee’s mind. To this end, he has used the words ‘no hoax’ and ‘seriously’ so we have decided to take him at full value. However, as always, do your own research.