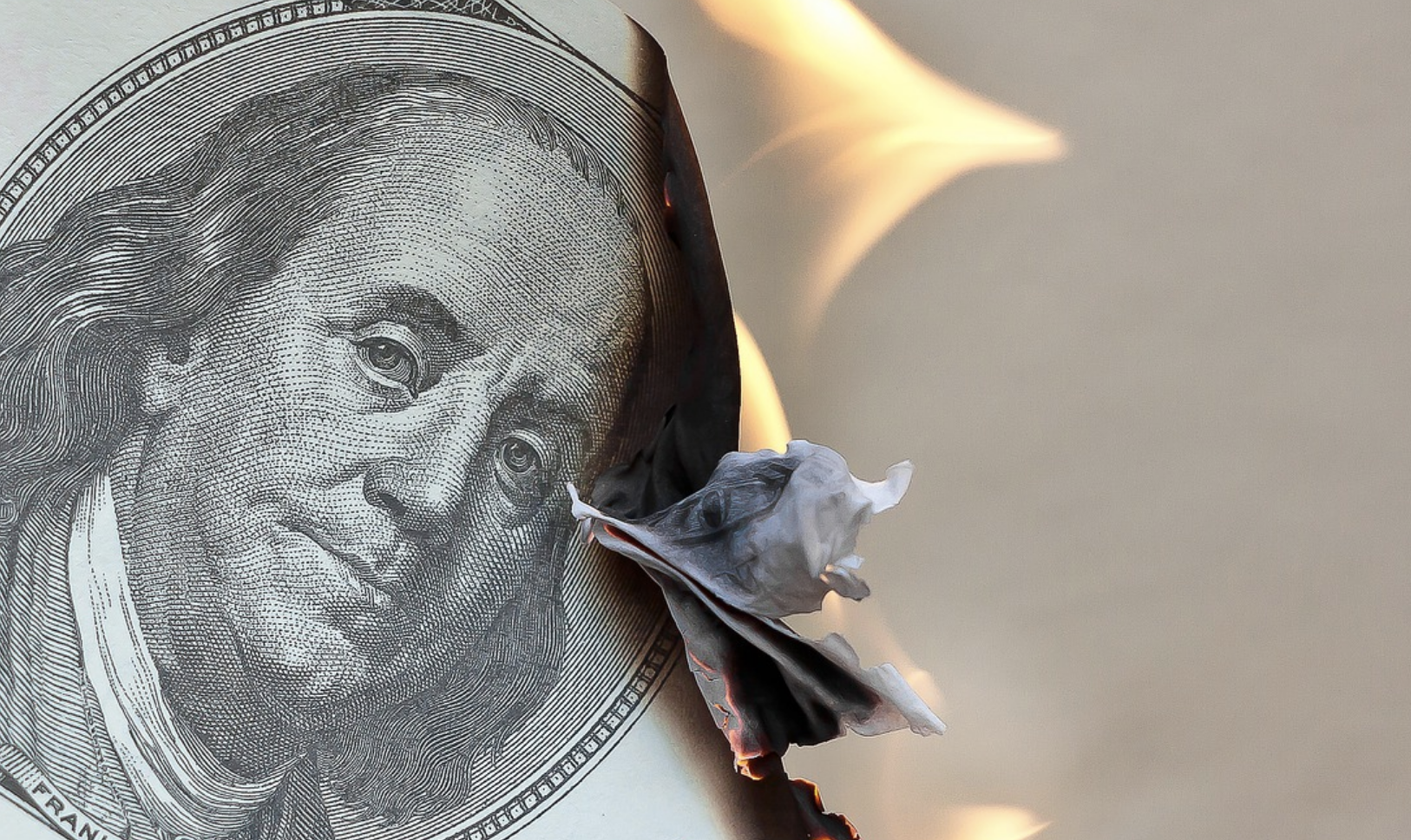 Bitcoin is now reeling after a rejection prevented further highs around the time Coinbase Global went live on the Nasdaq. The same stock market has also been booming alongside crypto – both markets gone parabolic against a common denominator: the dollar.

The greenback’s “exponential decay” is poised to continue, further benefiting crypto and equities. However, some short term abatement of hyperinflation could bring pause to the bull market.

When nearly every stock or crypto chart denominated in the same asset USD $ is parabolic, you're looking at an exponential decay of the denominator. In the short term, there is a risk that they crash the market in order to abate some of the effects of the ongoing hyperinflation.

Flash back to around 14 months ago, before Black Thursday rocked finance and to when the pandemic first began. The stock market and cryptocurrencies were decimated by the panic that ensued.

But as a result of governments flooding the money supply with more money than ever before, both markets went ballistic. A bull market broke out in both stocks and cryptocurrencies, bringing all major indices to new all-times, and Bitcoin breaking all previous records.

The stock market and crypto are doing well for completely different economic factors and are such different asset classes, the real reason for the sudden parity is due to the dollar.

Exponential Decay To Continue, According To Dollar Currency Index

The dollar is in trouble – there’s no doubt about it. It’s value against other top world currencies according to the DXY has fallen. Against Bitcoin and stocks, the drop has gone parabolic.

Zooming out on the DXY could suggest that the worst is yet to come for the greenback. A massive symmetrical triangle has formed, similar in shape as the one Bitcoin broke upward from to start the bull market.

Except before Bitcoin consolidated, the previous trend was up. In the dollar, the prevailing trend has been down, and that’s where things could still be headed if “exponential decay” continues as expected.

A fall of such magnitude as the measure rule would project, could take the top currency in the world down to historic lows. And with USD as the base currency at which all other assets are measured, price action could get a little wild.

If that happens, even if somehow a strategy rolls out to prevent against short-term inflation and the dollar gets some air, fiat is dying a fast death at the hands of Bitcoin.

Technical factors in Bitcoin and stocks also point to correction enough to where the dollar gets some immediate relief. But after that, it is right back to destruction of the global reserve currency.

Tags: bitcoinbtcbtcusdBTCUSDTcryptodollardxyxbtxbtusd
Tweet123Share196ShareSend
Win up to $1,000,000 in One Spin at CryptoSlots