A Brief History of Digital Currency 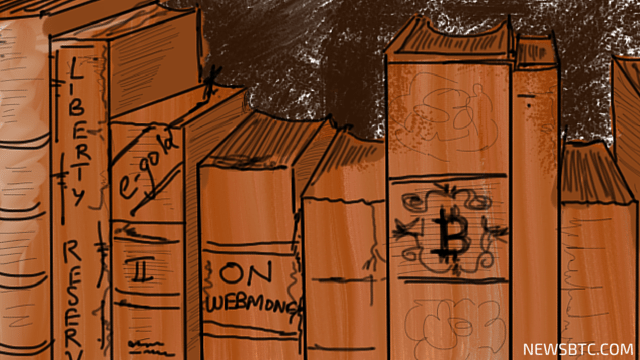 One thing that comes to mind when someone mentions digital currency is Bitcoin. For most people across the world, both young and old Bitcoin is the only digital currency they have known of heard of (and maybe the altcoins that followed bitcoin). But did bitcoin appear out of the blue? Was bitcoin a novel idea of a mysterious person calling himself Satoshi Nakamoto?

The answer is no on all counts. However, bitcoin is the iteration of an old idea with new technology. The technology, blockchain as we know it is however unique enough to change the way the whole fintech industry works. There were many who came before Satoshi Nakamoto with the intention of creating digital currency that can power alternative economy, but failed due to technical, regulatory and ideological reasons.

Some of these so called digital currencies include

The concept of digital currency started while the internet was still catching up with most parts of the world. E-gold is one such example. Started in 1996 by an oncologist named Douglas Jackson, a lawyer managed to have over 5 million user accounts by 2009. E-gold grew so big, that even merchants had started accepting it. The digital currency was backed by gold and it turned out to be a very successful venture until it entered the favorites list of criminals and hackers. Continued attacks on the platform by cybercriminals and use of e-gold as favored currency by extortionists and money launderers led to its downfall.

WebMoney was started in 1998. Except for the decentralization part WebMoney is a form of digital currency for all practical purposes. The Moscow based company offers a wide range of financial services including peer to peer payment solutions, merchant services, online billing and payments and even internet based trading platforms. WebMoney became the next best thing after e-gold and attracted many users, both good and bad from e-gold once it was shutdown. However, WebMoney made changes to its services soon after that to prevent its usage for illegal activities. WebMoney currently supports a number of international currencies including GBP, USD, Russian Rubles and even bitcoin .

Liberty Reserve can be taken as a botched attempt towards creating a centralized anonymous money transfer business. It allowed users to create accounts on the platform and transfer money to anyone without any verification. User accounts were not verified and users also had an option to hide their Liberty Reserve account information from those whom they are transmitting money to.

However, as expected it became the most favored place for cybercriminals and the government didn’t like it. Liberty Reserve was forced to shut down by authorities from multiple countries and its promoters jailed for money laundering and supporting illegal activities. By May 2013, the platform was shut down by regulatory authorities.

Perfect Money is another digital currency platform that works with multiple currencies including USD, EUR, GBP, BTC and more. Like most of the other digital currency platforms in the past, death of one established platform will result in a surge in growth of its successor. The same thing happened with Perfect Money. Customers from Liberty Reserve flooded Perfect Money after the former was shut down by regulators. Perfect Money also offers services similar to that of Liberty Reserve sans the lack of verification. However, Perfect Money is not available in the United States and for United States citizens located anywhere in the world.

Bitcoin was first introduced in 2009 as a working decentralized digital currency platform. Unlike all the other digital currencies in the past, Bitcoin has an advantage in the form of its decentralized nature which leaves the whole platform in charge of a much larger community than an individual or corporation. This will also eliminate the possibility of someone running the whole setup to manipulate the public in order to satisfy their own greed and selfishness. Not to mention the fact that the bitcoin protocol is open source, preventing anyone from having a monopoly over the whole system. The security and transparency associated with bitcoin is worth mentioning as well.

Tags: bitcoinblockchaindigital currencye-goldliberty reserveNewsperfect moneywebmoney
TweetShare
BitStarz Player Lands $2,459,124 Record Win! Could you be next big winner? Win up to $1,000,000 in One Spin at CryptoSlots