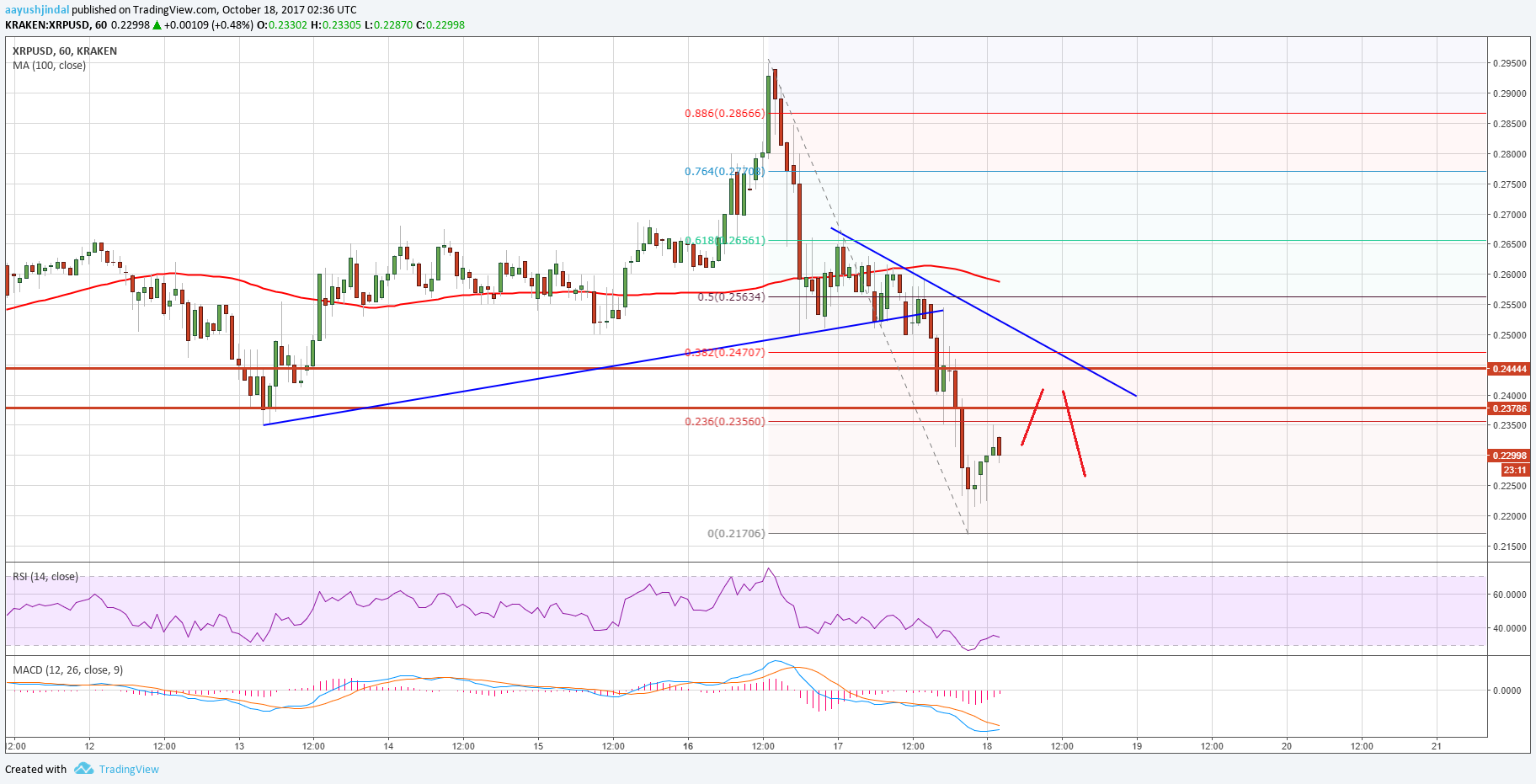 Ripple price broke down against the US Dollar and Bitcoin. XRP/USD is now below $0.2500 and facing many upside hurdles.

A low was formed near $0.2170 from where the price started an upside correction. An initial resistance is around the 23.6% Fib retracement level of the last decline from the $0.2950 high to $0.2170 low. However, the most important resistance is near the $0.2500 level. It was a support earlier and now sellers may prevent a break above $0.2550. There is also a bearish trend line forming with resistance at $0.2440.