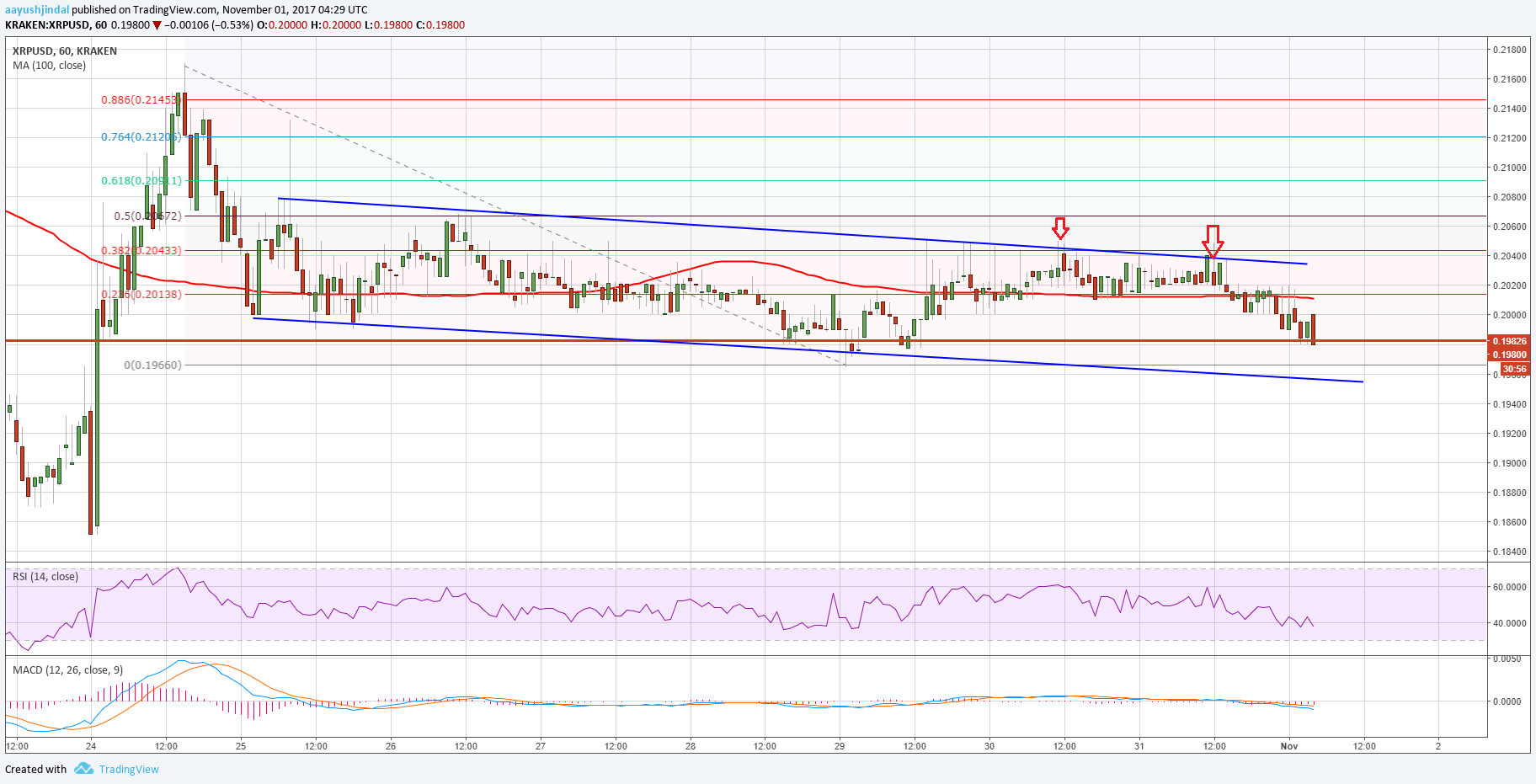 During the past two days, there was not much action in Ripple price above $0.1950 against the US Dollar. The price continues to trade in a tiny range with resistance close to the $0.2050 level. Yesterday, there was an attempt to break the $0.2050 resistance, but buyers failed to gain momentum. There was a failure near the 38.2% Fib retracement level of the last move down from the $0.2160 high to $0.1965 low.

The most important point is the fact that this week’s highlighted major channel with current support at $0.1950 is placed well on the hourly chart of the XRP/USD pair. The pair is currently below $0.2020 and the 100 hourly simple moving average. Therefore, there are chances of more declines toward the channel support at $0.1950 in the near term. A close below $0.1950 would be a strong sell signal and the price could even trade towards $0.1900.