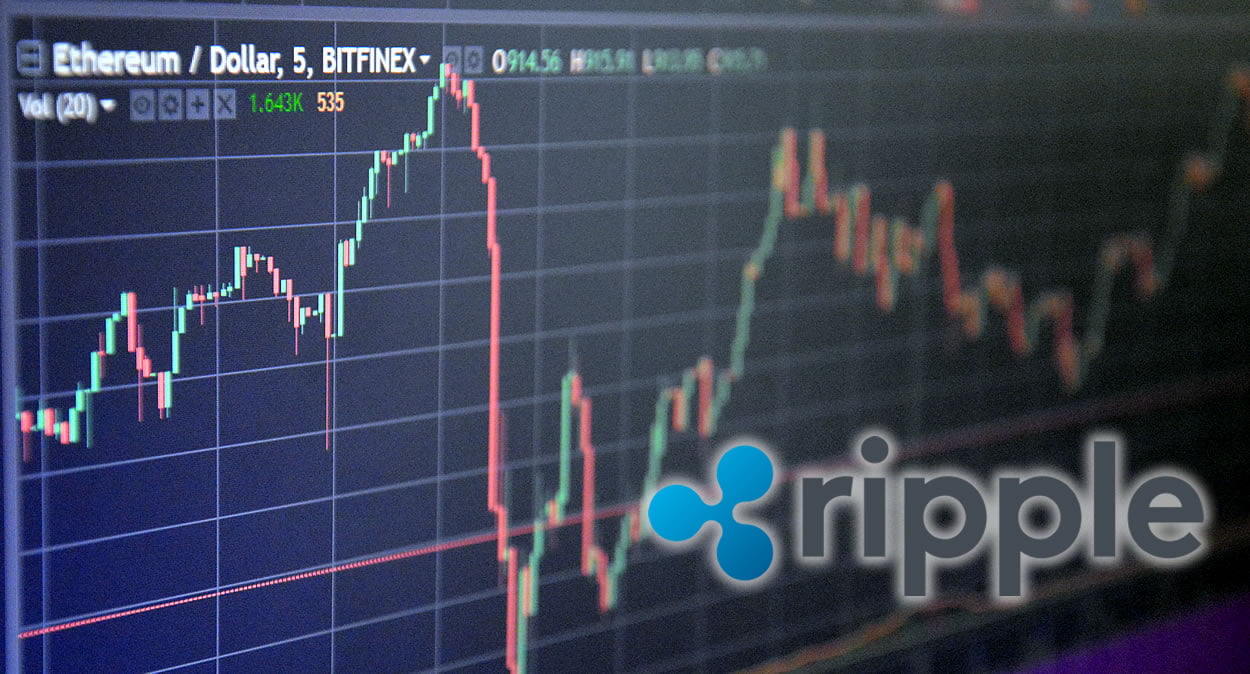 The price of Ripple’s XRP token which spiked on Monday falls back beneath a dollar as the Coinbase rumor is officially quashed on twitter.

Ripple Falls Back Under One Dollar Mark

The third largest trading cryptocurrency Ripple lept up 17 percent on Monday amid rumors it was to be listed on Coinbase, one of the worlds most popular exchanges. Only to fall back beneath $1 today as Coinbase officially denied the listing on Twitter.

The rumor which gained momentum on social media over the weekend and through to Monday was based in large part from announced appearances of both Brad Garlinghouse CEO of Ripple and Coinbase CEO Asiff Hirji on CNBC’s “Fast Money” program.

Although there was never an official announcement nor even an indication the two would be appearing together or if it was just a coincidence the news helped push XRP’s price over a dollar to trade at $1.05, a 17% increase over 24 hours according to coinmarketcap.com.

Coinbase which is the leading U.S. marketplace for buying and selling cryptocurrency currently trades bitcoin, bitcoin cash, litecoin, and etheruem. The addition of a new coin to the lineup would likely bring in many new buyers and boost its selling price.

As it turns out the rumors were false. The appearance by the two CEO’s on “Fast Money” was just a coincidence and even though Coinbase made a statement on Monday there was no agreement made it reiterated the news on Twitter today.

Our January 4th, 2018 statement continues to stand: we have made no decision to add additional assets to either GDAX or Coinbase.

Any statement to the contrary is untrue and not authorized by the company.

Since the official announcement was made XRP has fallen back beneath a dollar to just about where it was pre-rumor at $.96.

This isn’t the first time Ripple has experienced gains because of rumors of a Coinbase partnership. It also saw a price surge to an all-time high of $3.84 in December 2017 that was driven by speculation it would be added to Coinbase.

A spokesman for Ripple declined to comment on the trading activity telling CNBC only that the company doesn’t respond to rumors or speculation.

The quick spike and drop in the price of XRP are demonstrative of the capricious nature of the cryptocurrency market where rumors spread on social media sites like Twitter and Reddit can create a buying frenzy based on FOMO (fear of Missing out).

Larger buyers will make moves based on market scuttlebutt and are inevitably followed by retail players who are most likely to suffer the loses when the rumors turn out to be false and prices fall.

Tags: coinbaseRipplerumorxrp
TweetShare
BitStarz Player Lands $2,459,124 Record Win! Could you be next big winner? Win up to $1,000,000 in One Spin at CryptoSlots