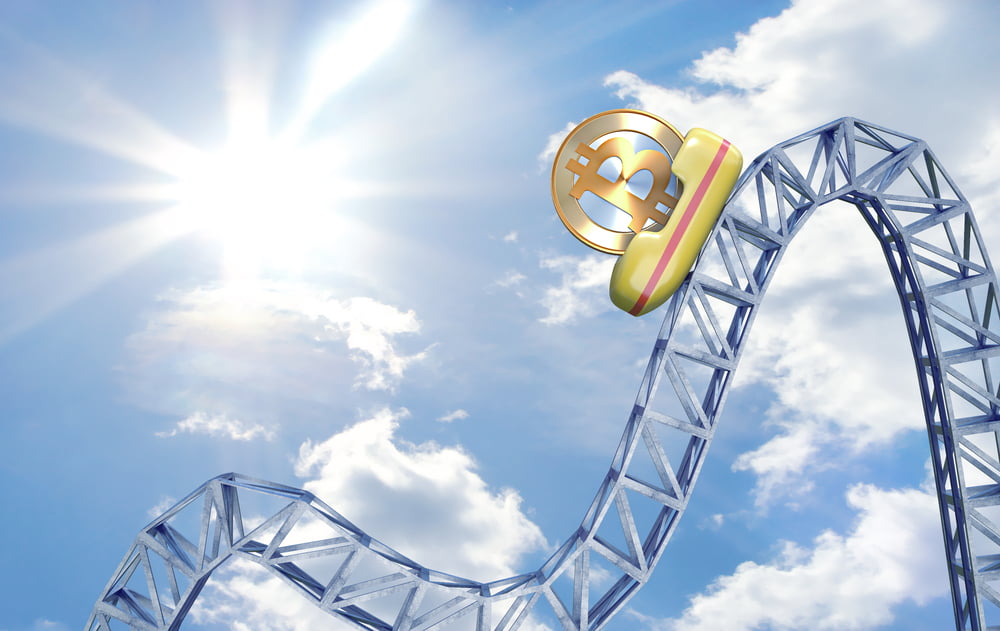 Bitcoin is one step away from testing $6,700 as support, according to prominent analyst DonAlt.

The crypto trader on Monday measured the current bitcoin bias on a three-day timeframe, believing it gave better clarity about the cryptocurrency’s expected price behavior. He noted that bitcoin earlier broke out of a 3-D pennant structure – which also appears like a descending triangle pattern – to the downside. The cryptocurrency’s inability to reenter the range, as shown in the chart below, increased its probability to extend its downward trend.

DonAlt presented three key support areas as bitcoin deepens its plunge. The first area, which falls between $8,200 and $8,700, has served a strong resistance this year on multiple occasions. The second area, the pivot of which is around the $6,700 level, also has a history of experiencing high selling pressure. Nevertheless, on two occasions last year, the $6,700 level as support sent price more than 79 and 51 percent higher, respectively.

“First support approaching,” said DonAlt while referring to the $8,200-8,700 range. “We better see some buying there; otherwise, the 3D doesn’t offer much support anywhere else above $6,700.”

The 3D has been godlike.
Shoutout to @CryptoCred, I initially missed it.
Wouldn't have caught the bearish retest without him.
First support approaching, we better see some buying there otherwise the 3D doesn't offer much support anywhere else above 6700. pic.twitter.com/p0py2jugFk

The prediction follows bitcoin’s strong uptrend in the first half of 2019, wherein the price surged fourfold. Upon establishing $13,868.44 as its year-to-date peak, the cryptocurrency fell by as much as 34.59 percent to $9,071. Since then, it is forming lower highs and lower lows, signaling a bear trend in the near-term.

According to Josh Rager, another noted crypto analyst, bitcoin undergoing a 30-40 percent downside correction after a wild price rally is natural. The trader said in May that bitcoin had eight 30 percent-plus price pullbacks, rightly noting that the cryptocurrency’s next pullback action was “a couple of months away.”

The analogy matches the primary support target suggested by DonAlt. Scaling bitcoin 40 percent down from its 2019 top brings its price down to circa $8,200.

In his recent analysis, Rager noted that the $8,200 is also located just below the CME Bitcoin Futures gap. As many analysts believe, bitcoin spot rate in the coming days would fall to fill those gaps.

As technicals propel their distinctive narratives, the fundamentals are also playing a crucial role in determining the next price move.

In retrospective, July has been a mix-bag of both good and bad news. The test-launch of physically-settled bitcoin futures by Bakkt pushes the cryptocurrency further closer to institutional adoption. Atop that, a gloomy macroeconomic outlook, mainly due to an ongoing trade war between the US and China, has provably attracted hedgers toward bitcoin. The Federal Reserve’s dovish stance on the economy, which has increased the possibility of a fresh rate cut, has weakened the US dollar. That could also allow bitcoin to continue its uptrend.

On the flipside, US Treasury Secretary Steven Mnuchin called bitcoin a national security threat. The price, ever since, is taking a plunge.