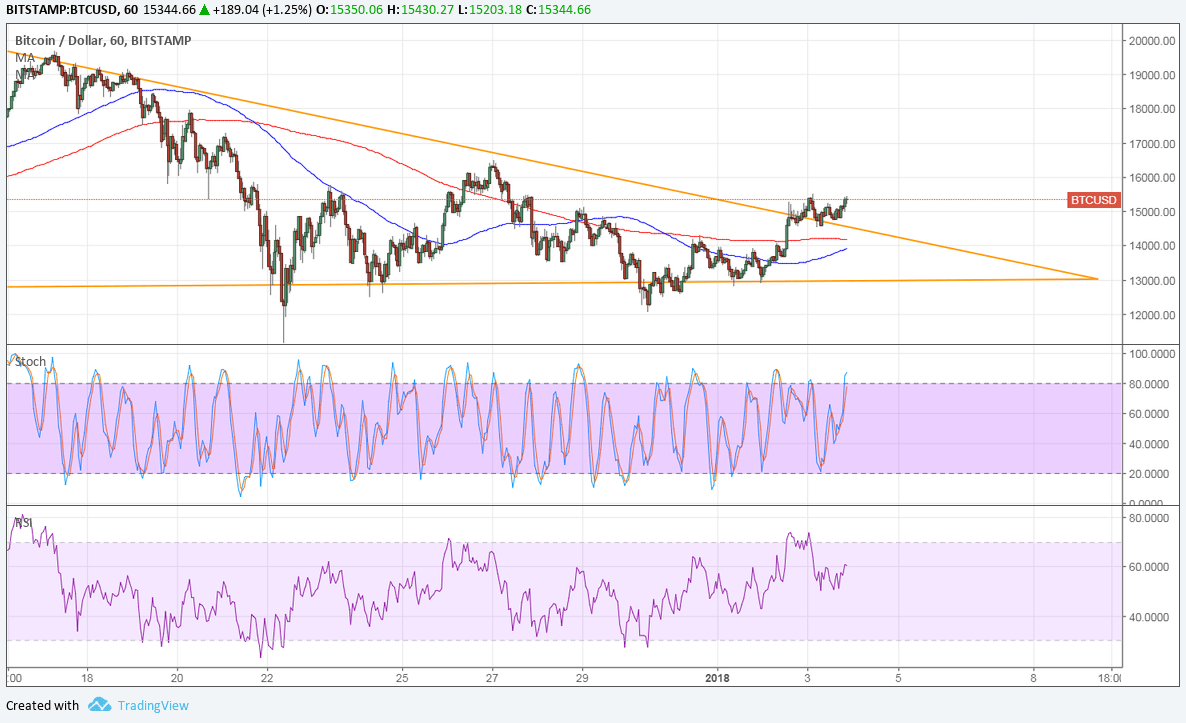 Bitcoin price has broken to the upside of its descending triangle pattern to indicate that further gains are in the cards.

The 100 SMA is still below the longer-term 200 SMA, so the path of least resistance is to the downside. This means that the selloff is more likely to resume than to reverse.

However, the moving averages are still reflecting oscillating conditions and an upward crossover seems to be brewing. This could draw more bulls to the mix and sustain the upside break.

Stochastic is also pointing up to confirm that buyers are in control of price action. RSI, on the other hand, appears to be turning lower to indicate the presence of bearish pressure. The US dollar seems to be putting up a good fight against bitcoin price as the FOMC minutes confirmed the likelihood of gradual rate hikes down the line. At the same time, the latest economic data from the US turned out stronger than expected.

The ISM manufacturing PMI posted a higher than expected gain and a pickup in the prices component, easing weak inflation fears somewhat. However, the jobs component declined, so there could be a chance of a downside surprise in the NFP.

The ADP non-farm employment change figure is due next and a weak read could reinforce downbeat NFP expectations and douse hopes that strong hiring could prop up inflation.

As for bitcoin price itself, the cryptocurrency is drawing support from the large bet placed by the Founders Fund, which is a venture capital firm co-founded by Peter Thiel. Increased regulation from South Korea, however, is still keeping a lid on activity.