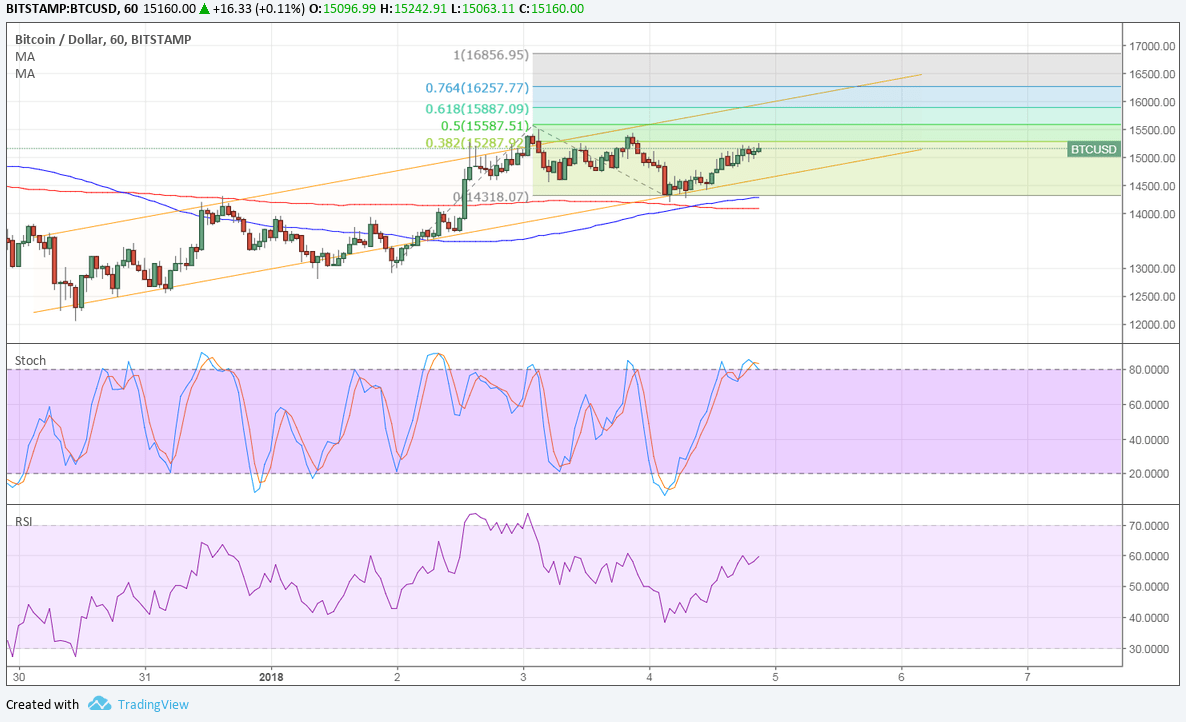 Bitcoin price is resuming its short-term climb and could have its sights set on the next upside targets on the Fib levels.

The 100 SMA has crossed above the longer-term 200 SMA to confirm that the path of least resistance is to the upside. This means that the short-term uptrend is more likely to continue than to reverse. In addition, these moving averages are close to the channel support and swing low, adding to its strength as a floor in the event of another dip.

However, stochastic is already dipping into overbought territory to signal a slowdown in bullish momentum. Turning lower could draw sellers back to the game and lead to another slide for bitcoin price. RSI, on the other hand, has more room to climb and bitcoin could follow suit. Dollar weakness has been in play once more as the US currency mostly shrugged off upbeat leading jobs indicators. The Challenger job cuts and ADP non-farm employment change figure both hinted at an upside NFP surprise, but traders seem doubtful that this could shore up Fed tightening plans.

Meanwhile, bitcoin itself is under lower volatility these days as fears of increased regulation in several countries is keeping a lid on activity. Nonetheless several analysts remain bullish on price even as traders are buying up cheaper alternatives and Ripple.