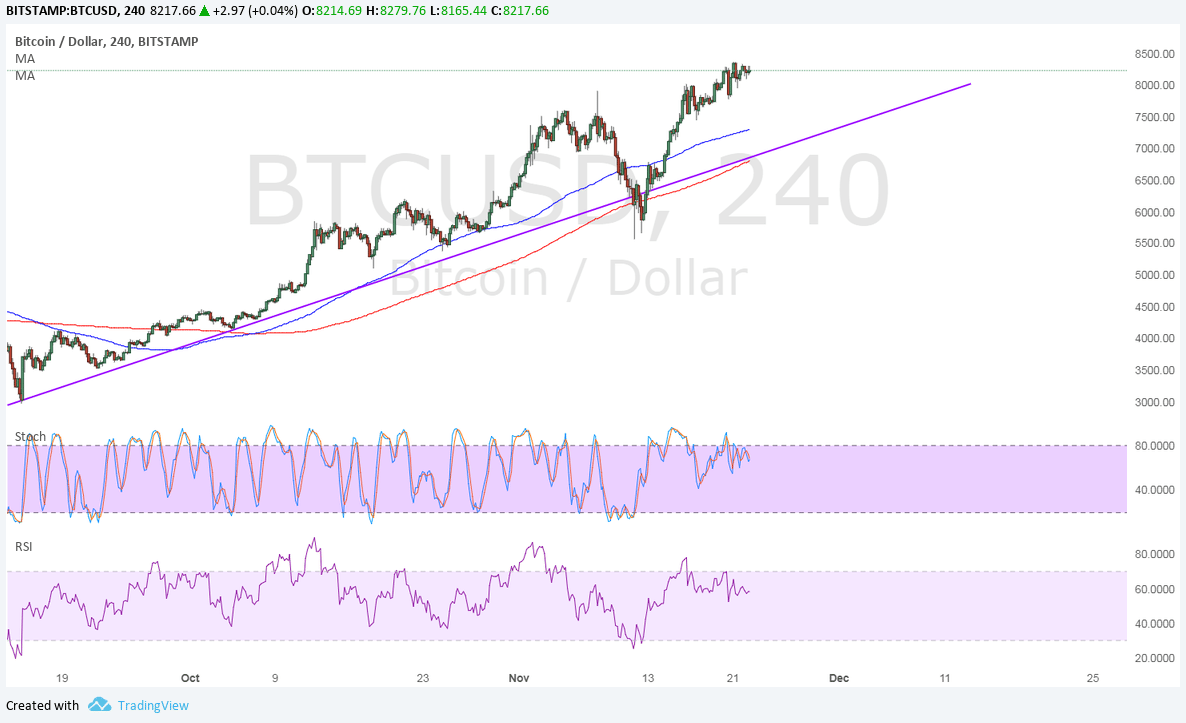 Bitcoin price is slowing on its climb, possibly priming for a pullback on profit-taking over the Thanksgiving break.

The 100 SMA is safely above the longer-term 200 SMA on this 4-hour time frame so the path of least resistance is to the upside. However, stochastic is turning lower from overbought levels to indicate that sellers are trying to regain the upper hand. RSI is heading lower as well, so bitcoin price might follow suit.

In addition, a bearish divergence can be seen from both stochastic and RSI. The former has shown lower highs so far this week while the latter had lower highs since the start of the month while bitcoin price had higher highs then.

If a drop ensues, bitcoin could still draw support from the ascending trend line connecting the lows since mid-October. This lines up with the 200 SMA dynamic inflection point after all.

Although bitcoin investors appear to be reducing their holdings ahead of the holidays, dollar weakness has continued to prop price higher. This was mostly due to weaker inflation forecasts, spurred by Yellen’s remarks the other day and the FOMC minutes yesterday.

In particular, the minutes noted that many participants worried that inflation could run below target for longer than previously expected. This dampened hopes for another set of aggressive tightening moves for next year, especially since the next Fed Chairperson is deemed less hawkish compared to Yellen.

Bitcoin price also seems to be waiting for more updates on CME bitcoin futures, which the group clarified to have no specific launch date yet since it is pending regulation. Some are doubting that it could push through this year as market watchdogs could focus on the risks involved.