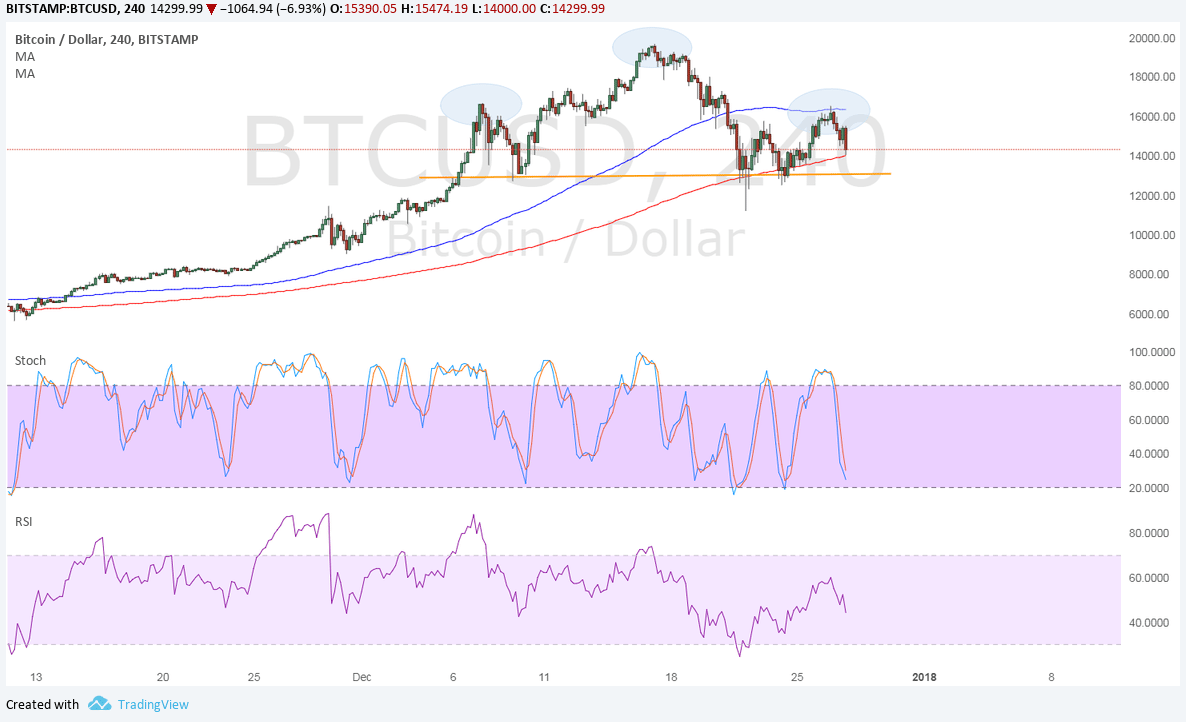 Bitcoin price is completing a head and shoulders pattern, which is considered a classic reversal signal, on its 4-hour time frame.

The 100 SMA is still above the longer-term 200 SMA, so the path of least resistance is to the upside. This suggests that the rally is more likely to resume than to reverse. The 200 SMA is still holding as dynamic support for the time being.

However, the 100 SMA also recently held as dynamic resistance, sending bitcoin price close to the neckline of the chart formation. A break below the 200 SMA could be an early indication that bears are gaining the upper hand. Also, the gap between the moving averages is narrowing to reflect weaker bullish momentum.

Stochastic is also heading south, so bitcoin price could follow suit. RSI is also turning lower without even hitting overbought levels, which suggests that sellers are eager to hop in. But if support at the neckline continues to hold, another bounce to the $16,000 nearby area of interest might be underway.

The dollar is actually giving up ground to its peers as data has turned out mixed and positive sentiment from the tax reform announcement is fading. CB consumer confidence index fell short of expectations to reflect weaker optimism.

“There is no product here. This is entirely speculation. That’s already been proven by the high gyrations of the value,” said William Galvin, secretary of the Commonwealth of Massachusetts. “It’s also subject to manipulation, because no one can explain it no one can control it.”