Bitcoin Price Watch; Stopped Out But Back In The Game 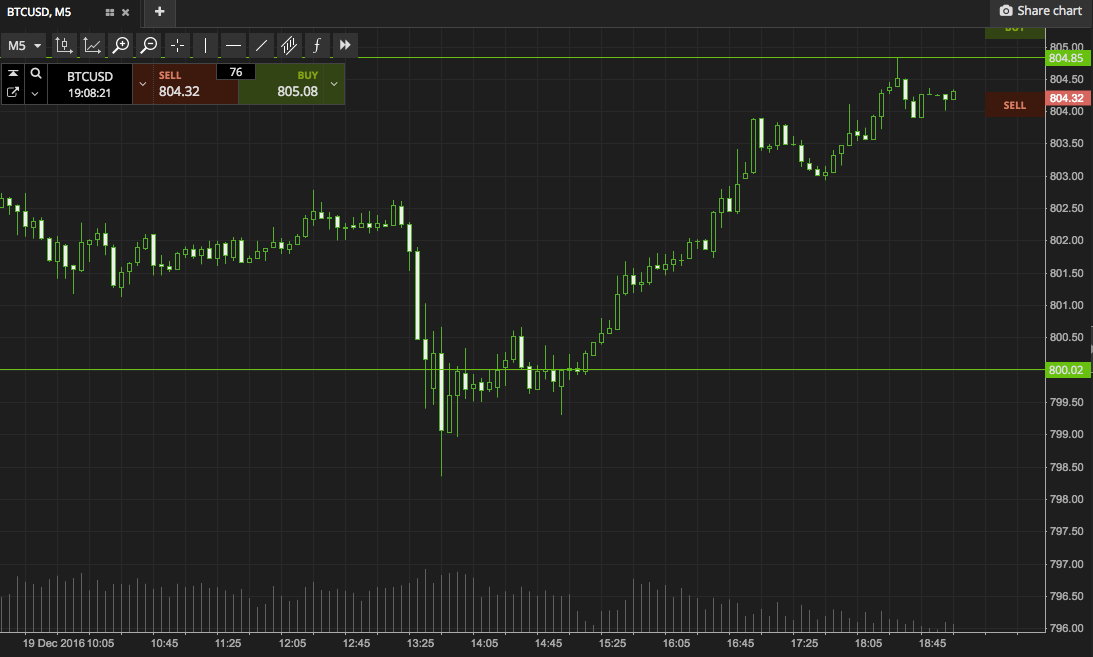 Well that’s it for another day, and the bitcoin price has not really moved across the entire session. We saw price dip below 800 temporarily, but it recovered quickly to current levels around four dollars clear of the threshold. Unfortunately for us, and as per the rules of our strategy outlined as part of this morning’s analysis, we got in short on the break and were quickly taken out of the trade as price returned to trade above 800 and took out our stop. This isn’t great, but its also not a huge issue. We’re in a long position in the background, so if price had have run down, that long would have been taken out. As it turns out, the long is a sort of hedge right now, so things look ok.

Anyway, let’s forget about all that and try and get some levels together for this evening’s session. Unfortunately for those that read this morning’s analysis, this evening’s follow up might make for a bit of a dry read. Why? Because the action we saw today has been a little up and down, but all it’s served to do is brig price right back to the level we were at this morning, and so our key levels remain pretty much unchanged on those we focused on earlier. As such, this evening’s write up is going to be nothing more than us reiterating our key levels.

Not a massive problem – flat days are probably something we’re going to have to get used to over the Christmas period – but not great from a choice content perspective. What matters is profit here, though, so I reckon our readers won’t mind.

As the chart shows, we’ve got support to the downside at 800 flat, and resistance to the upside at 805. A break of the former gets us in short towards 793, while a break of the latter puts us in towards 812.