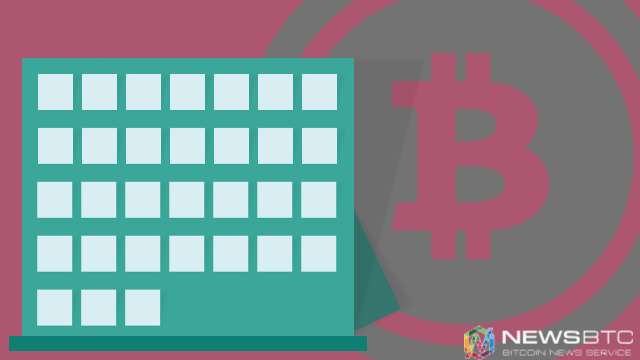 Last week we had a pretty tough week in the bitcoin price market. Both our intrarange and our breakout strategies got chopped around, and we took a number of stop loss hits as a result. One thing we did correctly predict was some high volume over the weekend and – as a result – some sharp moves. Action during yesterday evening in Europe saw a steep decline of some heavy selling volume. Based on the time of the decline it’s reasonable to conclude that much of the sell off came out of Asia, as the Asian markets reopened of Monday’s session and a fresh week of trading.

Since this decline, the European markets have opened and the US is just kicking off the day, and we have closed the gap on the decline. Specifically, overnight highs gave way to break and carve fresh lows at circa 365, before the buys got involved and pushed the bitcoin price back up to 373 initially, and subsequently, the most recent swing high at 378 flat. The latter of these two levels will feature in today’s strategy, which we will get to shortly.

We don’t normally bring too much of a fundamental bias to the table when setting up our intraday positions, as our strategy is designed to accommodate action in both directions. Sometimes, however, we let a bias affect how aggressive we are when setting targets and how careful we are when defining our risk. Things have been a bit unsettled in the bitcoin space over the last few weeks, and this is translating to some uncertainty surrounding pricing. As such, we’re going to approach this week’s action a little more gingerly than we have done in the past. It doesn’t mean we won’t place trades, just that we are going to tighten up our risk and chase slightly shorter term targets on the breakout side of things, and keep our stops tight on our intrarange approach.

So, let’s get to the strategy in question. Take a quick look at the chart to get an idea of what’s going on.

As the chart shows, the two key levels that define today’s range are in term support at 374 flat (a level that has played a part in our trading previously) and in term resistance at the aforementioned most recent swing high, 378 flat. It’s a pretty tight range, but as long as we keep stops short we can play for a two or three-dollar reward on any intrarange action. Short at resistance and long at support, with a stop loss just the other side of our entries.

From a breakout perspective, a close above in term resistance will put us long towards an initial upside target of 383, with a stop just ahead of current levels (somewhere in the region of 377 flat should work).

Looking the other way, if the bitcoin price closes below in term support, we will look to enter short towards 368 – a level to which we spiked down a little earlier this morning. Stop around 376 on this one.

Here’s to a good week’s trading!