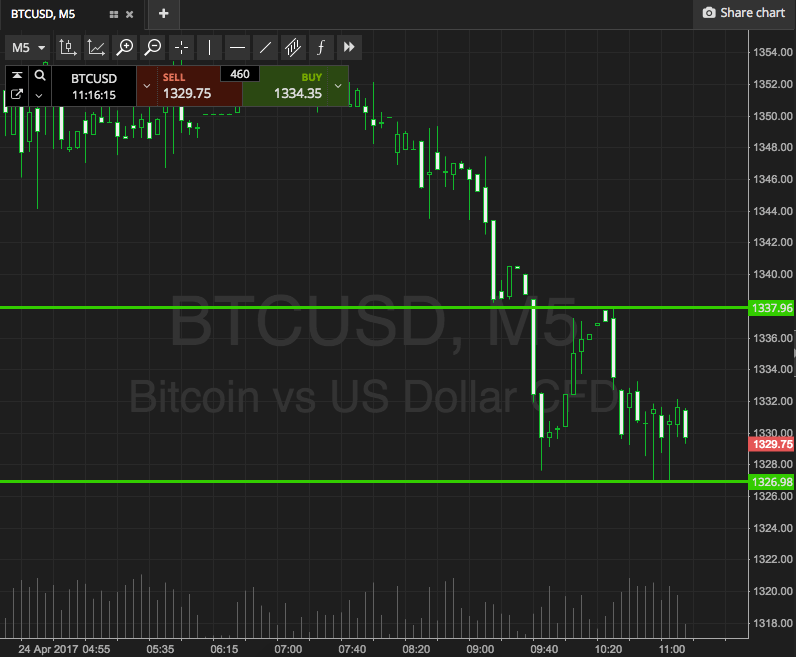 And we’re off on another week’s worth of trading in the bitcoin price. Things have been pretty volatile over the last ten days or so, and we’ve seen a number of major moves in bitcoin that say a lot about what’s happening in the space from a fundamental perspective. After the overarching negative sentiment that seemed to hit the markets in the wake of the ongoing hard fork discussion, there was a good chance that we’d see some weakness in price. We sort of did, but not in the way we expected. Price spiked down on an initial sell off, but wasn’t able to hold below the broken levels, and we got a nice quick recovery leading into the start of this month.

Now, price is trading in and around fresh highs (on the daily charts) and we’re looking at a near term correction in the intraday charts. In the more traditional financial assets, a correction like this (against the grain of an overarching bull trend) can be a nice opportunity to pick up an exposure at a discount ahead of a return to the upside action. As such, and with this in mind, our primary focus will be to the upside for today’s session. Not to say we won’t enter short if an opportunity to do so presents itself, but we’ll be a little more aggressive on the long side of the market.

The chart below illustrates our focus range for the session today.

As the chart shows, the range we’ve got in our sights right now is defined by support to the downside at 1326, and resistance to the upside at 1337.

If price closes above resistance, we’ll be in long towards 1350. Conversely, a close below support will get us in short towards 1315.