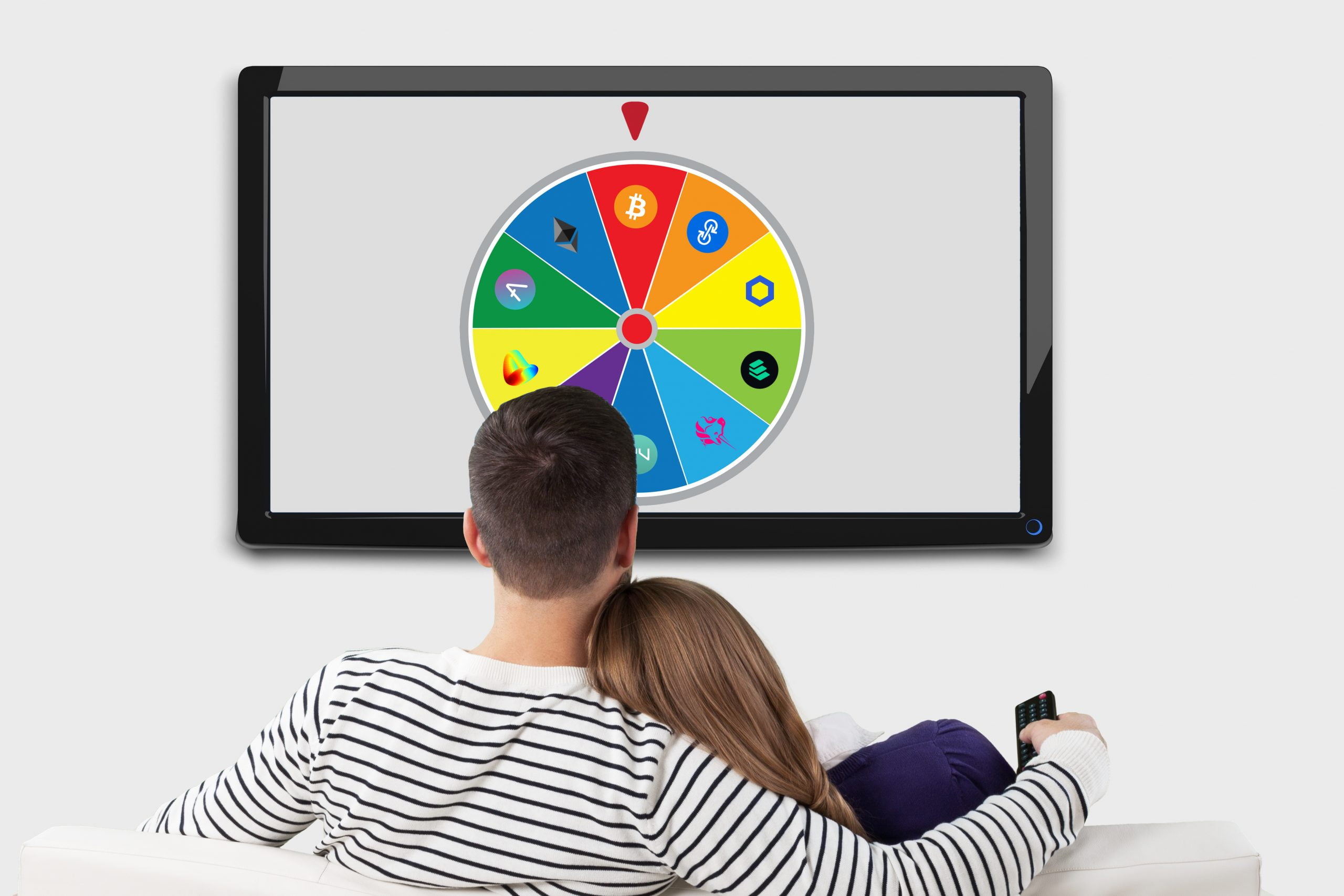 Last night on the Monday night live airing of the popular TV game show Wheel of Fortune, a contestant named Jeremy Kerbel introduced viewers to DeFi for the first time, while in the same breath mentioning Bitcoin and cryptocurrencies as a whole. Jeremy Kerbel is a managing director at OSL and the founder of Kerve Capital, a fund focused on decentralized finance investment.

Here’s why this is only the start of decentralized finance tokens generating enough fortune to leave heads spinning, along with a look at how they’ve performed thus far.

As meaningless as it may seem at the surface, when something makes it on primetime television, is has “made it” in general. When Bitcoin and crypto began appearing as an answer on America’s favorite game show Jeopardy, it was undeniably significant due to the sheer audience size alone.

Jeopardy gets upwards of ten million viewers per episode, and it shares a one-hour block on TV with another extremely popular game show, Wheel of Fortune. Wheel of Fortune lets contestants take a spin on a wheel for a chance to win big.

On last night’s airing, contestant Jeremy revealed to host Pat Sajak that he works in “decentralized finance” or DeFi, as its commonly referred to. He likened the industry to Bitcoin and cryptocurrencies for those who would be more familiar with those terms.

The mere mention of DeFi on TV could lure those with their curiosity piqued to Google much like the uninformed did in reference to Bitcoin in 2017. Today, not as many need to learn about Bitcoin. Could this be the path that DeFi is on? And if so, what could this mean for investors?

Millions of Americans just learned about DeFi on Wheel of Fortune. Jeremy's not the hero we deserve, but he's the hero we need.

Before And After: DeFi Tokens Take Investors For Spin On Wheel Of Fortune

Altcoin season is here, but it isn’t the same as it has always been. Not all boats are rising with this tide. Instead, there’s a focus of capital flowing into real value versus untested and freshly minted altcoins in 2017.

DeFi has staying power, and is still very early in terms of what the assets are capable of. Taking just one of the standout DeFi tokens shows in just two month’s time, the fortunes that have been made.

Since the November low in DeFi token AAVE, it has risen 1000% against the dollar. Several other coins from the category have performed equally or nearly as well.

Ethereum, the primary cryptocurrency network most DeFi tokens are built upon, also has brought investors significant returns thus far in 2021.

The trend in DeFi is only beginning, and with a max supply much less than Bitcoin’s, tokens like AAVE have a lot more to climb before its all said and done.

Tags: aaveAAVEUSDbitcoinbtcbtcusdBTCUSDTcryptodecentralized financeDeFiEtherethereumethusdETHUSDTmakerSushiSwapUniswapyearn finance
Tweet123Share196ShareSend
BitStarz Player Lands $2,459,124 Record Win! Could you be next big winner? Win up to $1,000,000 in One Spin at CryptoSlots