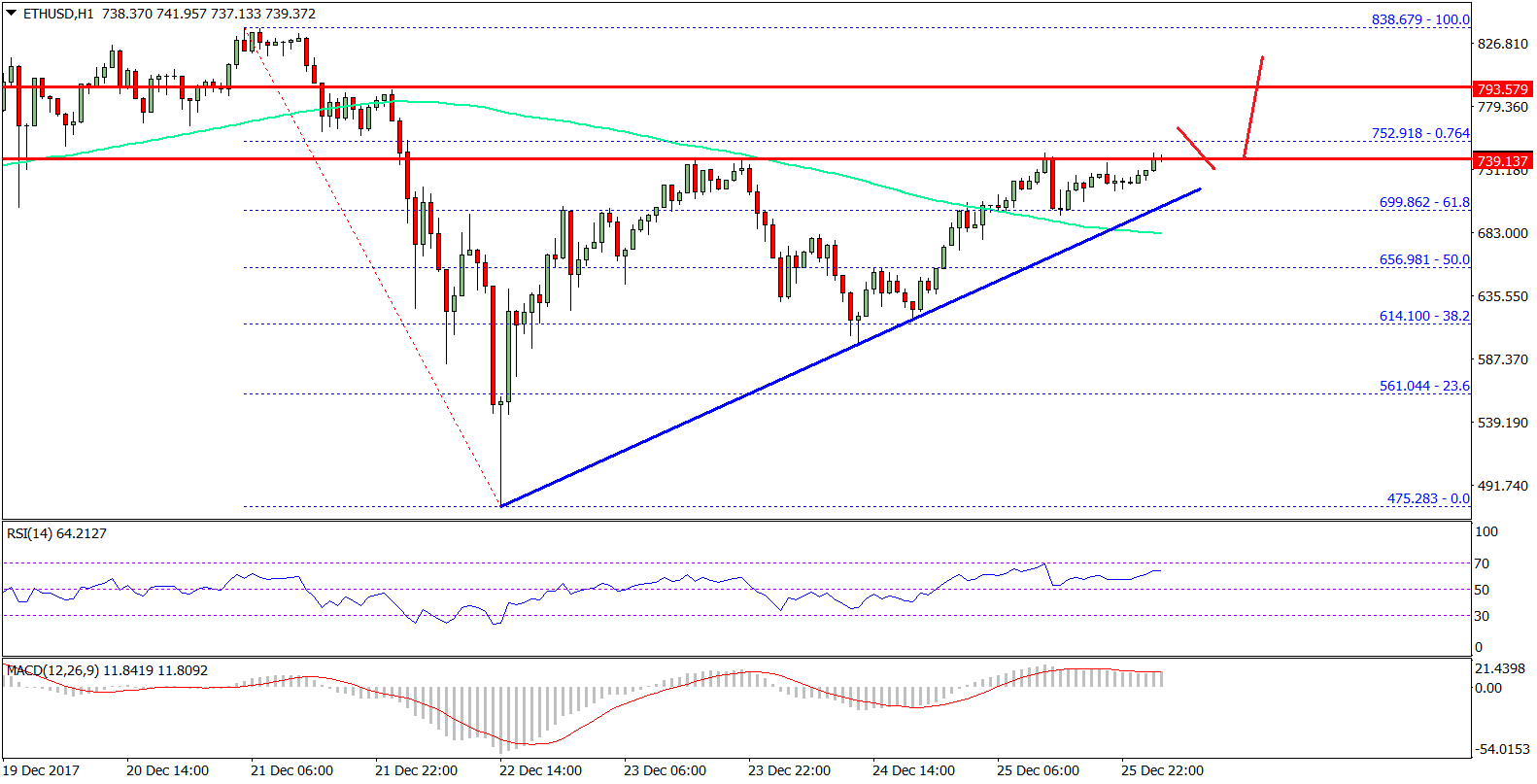 Ethereum price is back in the bullish zone against the US Dollar and Bitcoin. ETH/USD might gain further in the near term towards the $800 level.

It seems like another support base was formed at $615 in ETH price against the US Dollar. The price has moved above the $650 level and the 100 hourly simple moving average. The best part is a close above the 50% Fib retracement level of the last decline from the $838 high to $475 low. The current price action is positive above the $700 level and it looks like the price might continue to head higher.

On the downside, there is a major bullish trend line forming with support at $710 on the hourly chart of ETH/USD. The trend line is also around the 100 hourly SMA at $690, which is a key support area. At the moment, the price is struggling to move above the 76.4% Fib retracement level of the last decline from the $838 high to $475 low. Once there is a close above the $752 level, there can be more gains above the $780 level. The next major resistance is around the $800 level. The last one is around the $830 swing high.

Hourly RSI – The RSI is moving higher and is heading towards the 65 level.