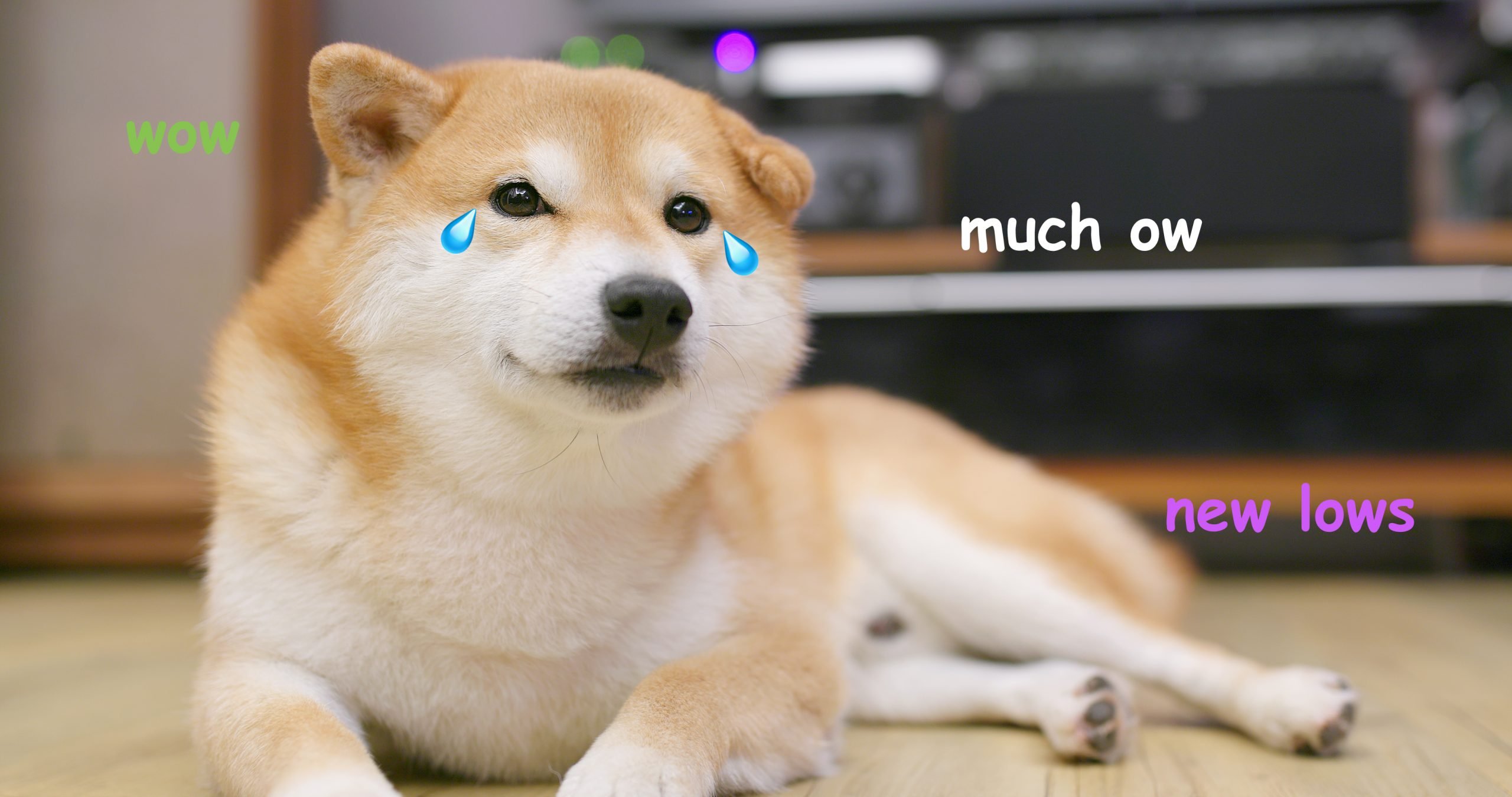 Dogecoin, a cryptocurrency based on the Shibu Inu meme and often an important health indicator of the altcoin market, has just set a new all-time low against Bitcoin on Binance.

What does this potentially say about altcoins in general, and will Dogecoin investors experience much “ow” instead of “wow” when Dogecoin tanks further against BTC?

Dogecoin is a very unique cryptocurrency asset, created as a joke based on a meme. The altcoin is named after the meme it was born from, based on the Shibu Inu dog that says comical phrases such as “much wow.”

Given the fact that Dogecoin began as a joke, its longevity in the crypto market certainly has been “wow” worthy. But despite the long history of price action and even it finding a use case as one of the fastest and cheapest ways to move crypto from exchange to exchange, Dogecoin’s valuation hasn’t ever amounted to much.

TikTok users attempted to pump Dogecoin over the summer months to $1 per token but failed to realize the mathematics and capital involved to achieve such a figure.

The pump did result in some upside, but it was short-lived, and the altcoin fell back down to current levels in both terms of USD and BTC.

Since then, however, after a year of support at 22 sats, DOGEBTC just set a new all-time low on cryptocurrency exchange Binance.

It is worth noting, that Dogecoin has traded lower in terms of BTC value, but this is the lowest price to ever trade since Dogecoin’s BTC pair made its way on Binance.

Dogecoin is often used as a barometer to measure if and when an altcoin season could be near. The fact that the altcoin is setting new bear market lows on the BTC pair doesn’t bode well for altcoins as a whole.

Coinciding with Dogecoin – a leading indicator for alts – BTC dominance has reversed and appears poised to target as high as 83% market share.

If this happens, altcoins could be in serious trouble. With Dogecoin already setting new lows on Binance across the Bitcoin trading pair, if BTC dominance does spike, the meme-based coin could be in for a world of “much ow” instead.

Tags: bitcoinbtcbtcusdcryptodogeDOGE/BTCDogecoindogeusddogeusdt
Tweet123Share196ShareSend
Win up to $1,000,000 in One Spin at CryptoSlots