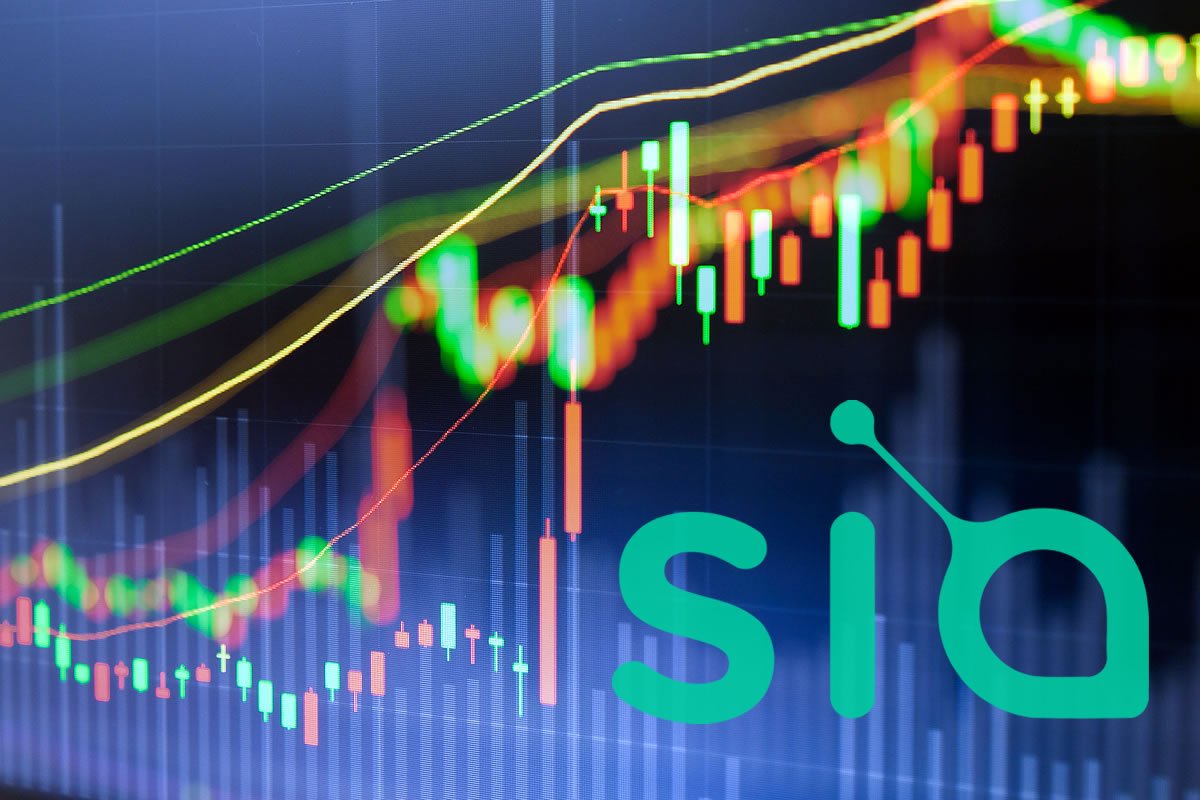 More sideways action as we end the week in crypto land. Markets have lost a little today wiping out their minor gains yesterday. Total market cap has fallen marginally to just over $340 billion. There is red across the boards and all cryptos are sinking once again. Bitcoin has lost a fraction of a percent and is trading around $7,650 while Ethereum is down 1.7% to a touch over $600. All altcoins with the exception of one or two are in the red as we enter what could be another bearish weekend. Only one or two are showing positive momentum at the moment and the leading coin at the time of writing is Siacoin.

According to CMC Siacoin is on a pump at the moment, up 9% on the while while all other altcoins have fallen. Currently trading at $0.018 SC is up from $0.016 this time yesterday and is the only coin in the green in the top 30. Over the past week Siacoin has made 18% from a level of $0.015 this time last Friday. The past month has seen a fall however of 33% from $0.026 this time last month. Against Bitcoin SC has made a gain of 10% on the day to 232 satoshis from 209 sats this time yesterday. Weekly gains against BTC have been around 14% from just over 200 satoshis the same time last Friday.

Siacoin has been around for a while, it works on a cloud storage based premise that allows for sharing of spare hard drive space. The team has just released version 1.3.3 which is an ongoing update containing a large number of stability fixes.

Sia v1.3.3 release is here!! Main new feature: video streaming (over local network). This is a huge step for Sia. Learn how to get started streaming at our blog. https://t.co/ryqbvgDKPh

There is also a listing on OKEx scheduled for June 11 which could be driving momentum for this altcoin.

South Korea is all over Siacoin this morning with Upbit taking almost half of the total trade volume, most of which is in KRW. Bittrex is the second most popular exchange with just under 25%. SC volume has actually fallen slightly from $28 million to $26 million. Its market cap is around $620 million ranking this token at 32nd spot.

Total crypto market capitalization has declined slightly today by 1.7% to $342 billion. Volume has dropped by a billion dollars to $14.5 billion and the markets are still pretty stagnant. Over the past week they are up 3.6% from $330 billion this time last Friday. All other altcoins are in the red during Asian trading this morning with the exception of Waves up 6%, DigitxDAO predictably up 5.5%, and Huobi Token up 6%.

More on Siacoin can be found here: https://sia.tech/

Tags: Asian trading sessionFOMOFOMO momentsOKExSCsiacoin
TweetShare
BitStarz Player Lands $2,459,124 Record Win! Could you be next big winner? Win up to $1,000,000 in One Spin at CryptoSlots