Aleksandr Vinnik to Be Extradited over Cyber-Crimes 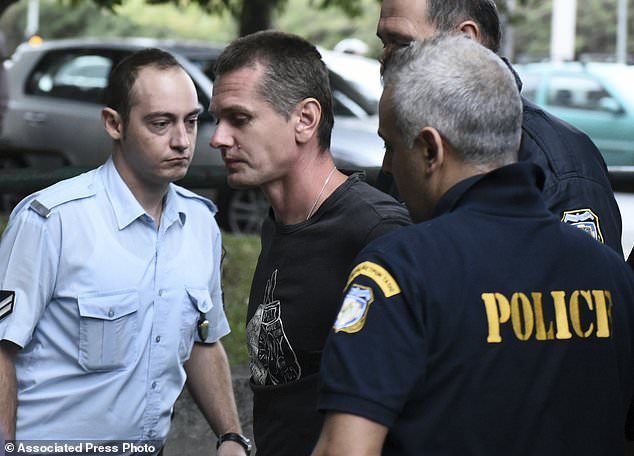 A Russian man identified as Alexander Vinnik, center, is escorted by police officers to the courthouse at the northern Greek city of Thessaloniki on Friday, Sept. 29, 2017. The Russian cybercrime suspect Alexander Vinnik, is wanted in the United States in a $4 billion bitcoin fraud case as Russia wants to extradite him as well on separate fraud charges. (AP Photo/Giannis Papanikos)

Earlier today, a court in Thessaloniki, Greece, approved an extradition request against Aleksandr Vinnik made by the US. The 38-year-old Russian stands accused of using the BTC-e exchange platform to launder money, as well as operating it without a license.

Firstly, no evidence has been brought [by the US] to back up the charges – everything that’s stated there is of a hypothetical nature. Secondly, this crime is technically impossible at all. Thirdly, it’s impossible to link Aleksandr Vinnik to the incriminated crimes… If the decision of the American side is eventually satisfied (and Vinnik is extradited) then any citizen in the world could be arrested at any second on false accusations, in which there are no facts, but only assumptions – that he could commit a crime.

Naturally, the precedent such an extradition would set is chilling. Whatever wrongs Vinnik may have done in other jurisdictions, none should go to trial in the US. BTC-e were not an American company, and they were not operating on US territory. They therefore could not be violation of US law. This was the general sentiment of both the defence team and Vinnik’s wife, Alexandra.

Vinnik is also wanted for similar crimes in Russia. Whilst he claims he’s willing to fight his extradition to the US, he won’t refute being handed over to Russia. This may have something to do with the fact that he is only suspected of stealing 600,000 rubles ($10,500) in a case of online fraud rather than the $4 billion money laundering charges he faces in the states. He told the court hearing today’s case: “I have nothing to do with what I am accused of.”

During his arrest last July on holiday in Greece, electronic equipment had been seized. Vinnik insists that these had nothing to do with his line of work and were merely for his children to watch cartoons on.

Vinnik’s defence team summed up with a damning critique of the US handling of the situation, claiming them to be:

… restricting the freedom of doing business, violating the rights and freedoms of citizens, which are reflected in all the documents, on which European and American society is based: freedom of speech, freedom of conscience, freedom of private life, banking secrecy, freedom of entrepreneurship.”

According to Timofey Musatov, the defence attorney, the appeal has been scheduled for October 11.