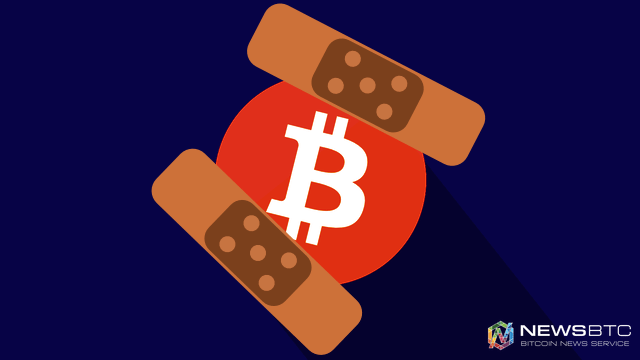 Ashton Kutcher: Bitcoin is Best Hedge Against a Trump Nomination

American actor, producer, angel investor and bitcoin enthusiast Ashton Kutcher stated on social media that bitcoin may be the best hedge against a Sanders or a Trump nomination.

Why do I get the feeling that the best hedge against a Sanders or Trump nomination may be buying bitcoin?

Bitcoin as an independent currency has become an increasingly popular asset to conventional investors over the past few months. As legendary Swiss investor Marc Faber explained, bitcoin has been the only currency out of all asset classes, reserve currencies, and commodities worldwide, which recorded a positive annual growth in 2015.

Interestingly, the demand of bitcoin has always risen in times of economic turmoil; as the national currency inflates and the government begins to collaborate with its central bank to implement strict capital controls to regain financial stability.

Control of Trump and Sanders

United States presidential candidate Donald Trump and Bernie Sanders have already begun to consider various financial reforms and strict remittance policies to restrict expat workers from sending the US dollars back to their native soil.

In 2015, Trump announced that as a president, he will enforce important financial policies to impound all remittance payments derived from “illegal wages,” referring to the Mexican expat workers in the country.

“Mexico must pay for the [border] wall and, until they do, the United States will, among other things: impound all remittance payments derived from illegal wages,” said Donald Trump.

The implementation of an aggressive proposal like Trump’s remittance policy could heavily affect the economy of Mexico and the value of its national currency. According to the Mexican central bank’s publication, expat Mexican workers residing in the U.S. sent home US$23.6 billion in 2014. Although remittance payments account for 2% of the economy, poor areas of Mexico derives 10.5% of their income from remittances.

“In 2010, Mexicans working in the United States sent back more than US$22 billion in remittances to family members, accounting for 2.1 percent of the Mexican GDP. Although remittances are a small part of the Mexican economy, they are the third source of foreign exchange after oil and manufacturing exports, and represent an amount greater than the international tourism receipts and foreign direct investment inflows. Moreover, for the poorest rural areas of Mexico, remittance transfers constitute 19.5 percent of their income, a percentage that is higher that transfers from government poverty reduction programs, such as the conditional cash transfer program Oportunidades (10.2 percent) and agricultural support programs, such as Procampo (3.8 percent),” the study read.

@aplusk buying #bitcoin is also a hedge against negative interest rates, policy errors, and QE 4ever

With Bernie Sanders planning for a major financial reform, BitPay President Tony Gallippi mentioned on social media that buying bitcoin could also be a hedge against negative interest rates and quantitative easing. Over the past few months, central banks of Denmark, Switzerland and Japan have begun to implement negative interests for savings.

“Ultimately, negative interest rates from a veteran of monetary expansion such as the BOJ mark a capitulation about the effectiveness of QE alone as an inflation-targeting tool in world of lingering growth-debt imbalances and commodity price wars,” said Lena Komileva, economist at G-plus Economics, in emailed comments.

Tags: Ashton Kutcherbitcoin
Tweet123Share196ShareSend
Win up to $1,000,000 in One Spin at CryptoSlots