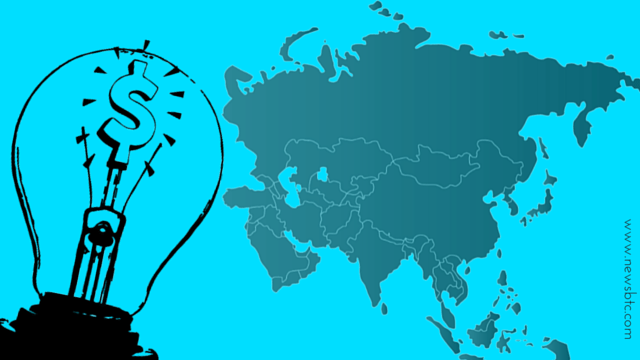 Asia is an emerging economic power, thanks to the growth of some of the major countries in the continent. Staying true to its economic progress, the continent is also turning out to be an attractive market for the fintech industry.

According to a recent report published by KPMG – one of the “big four” audit firms in the world, the Asian continent was the largest recipient of venture capital in the fintech and cryptocurrency technology sector during the third quarter of this year. The report also mentions a significant fall in the total venture funding received by the fintech sector during the previous quarter. The total volume of funds received by the industry sector was found to be less than half of what it received during the same period last year.

Out of the total $2.4 billion funding during Q3 of 2016, Asian companies alone received over $1.2 billion while North America and Europe received $0.9 billion and $0.2 billion respectively.  The funding was distributed across various fintech segments including lending technology, payments/billing technology, personal finance and wealth management, money transfer and remittance, blockchain and bitcoin, institutional and capital markets technology, equity crowdfunding and insurance technology.

The $1.2 billion venture capital funds received by Asia was distributed across 35 different deals. Among the three continents, Asian fintech industry saw the inflow of funds during the third quarter of 2016 increase by over 100% of what it received in the previous quarter. China has been the recipient of a major share of the funding, followed by other countries including Hong Kong, Singapore, Australia and India.

The overview provided by KPMG’s report shows that in the past 5 years, 2015 has been especially good for the fintech industry. The sector received a total investment of over $14.5 billion during that period.

Asia has proven itself to be a fintech juggernaut in the recent days. The increasing familiarity of digital currency among people in the region and initiatives to switch from cash-based economy to digital/electronic economy have also contributed to the rise of fintech industry in the region.

While the quarterly report paints a pretty grim picture of the industry by comparing it to the previous quarter, annual figures look far better. With more than a month left, the annual report is expected to show the overall performance of the fintech and cryptocurrency industry in a better light.