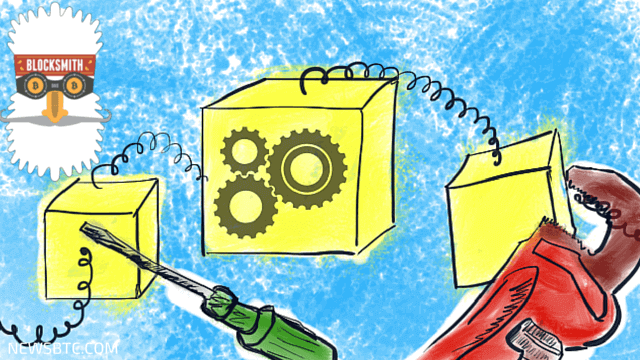 In recent days, the Indian government has been making a hard push to strengthen the country’s manufacturing sector with its “Make in India” campaign. While this campaign encourages companies and entrepreneurs to manufacture things within the country, the blockchain technology implementation is attempting to make it more efficient. Bajaj Electricals, one of the leading electrical appliances manufacturer in the country has displayed the advantages of distributed ledger in the segment by adopting it.

Compared to the United States and European countries, India still lags behind in cryptocurrency and blockchain adoption. In the past few months, things are changing in the segment at a rapid pace. The increased adoption of Bitcoin following the demonetization move comes close to the rising interest in blockchain technology among Indian businesses. There are already a handful of projects involving distributed ledger underway in multiple areas including banking, financial services, supply chain management, the manufacturing sector and more.

Bajaj Electricals has collaborated with Yes Bank to implement the blockchain-based supplier financing solution that helps real-time bill discounting and payment settlements to vendors. According to reports, the time taken for settling payments to vendors and suppliers used to take anywhere between 4-5 days accompanied with lots of paperwork. But the implementation of distributed ledger solution in January 2017 has now made it a real-time affair.

The General Manager of Treasury at Bajaj Electricals, Chetan Bhanushali explaining the process to an Indian business magazine said,

The blockchain solution implemented by Yes Bank is developed on top of HyperLedger’s blockchain by Cateina Technologies – a fintech startup. Even IBM is one of the principal collaborators in the project. The current solution uses a permissioned blockchain with four ledger nodes. These nodes are accessible only to the pre-registered and authenticated users.

Currently a pilot project with just one supplier on the blockchain, the company intends to expand it to other suppliers as well. Experts believe that the blockchain application can be further expanded to make it universal for all banks in the country, provided the Reserve Bank of India implements it.

Get 110 USDT Futures Bonus for FREE!
Tags: bajaj electricalsblockchainblockchain technologyHyperledgerIBMNewsYES Bank
Tweet123Share196ShareSend
BitStarz Player Lands $2,459,124 Record Win! Could you be next big winner? Win up to $1,000,000 in One Spin at CryptoSlots