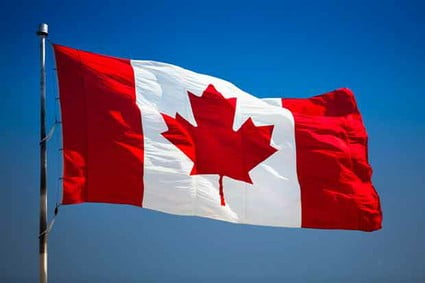 Speaking of alternative currency and technology associated with it, the bank of Canada is looking into the use of blockchain technology seriously. The new came out recently after the Senior Deputy Governor of the Bank of Canada, Carolyn Wilkins mentioned that the central bank will be making use of the distributed ledger technology to test interbank payments.

During the same session, Wilkins also made it clear that the country will not be getting a digitized version of Canadian Dollar anytime soon. The central bank is also not planning to conduct tests involving public money. The interbank payments system will be along the lines of the technology being developed by the international banking consortium for blockchain technology, in association with New York-based R3CEV.

While it is stated that the central bank’s goal is only to get a better understanding of the technology, there are reports about the Bank of Canada creating a concept digital dollar, which few publications have called CAD-Coin. One of the publications has quoted Ms. Wilkins saying –

“One of the bank’s many Fintech research projects … is to build a proof-of-concept wholesale interbank payment system using a distributed ledger, in conjunction with Payments Canada, R3 and Canadian banks. The central bank’s goal in these projects is solely to better understand the technology firsthand. Other frameworks need to be investigated, and there are many hurdles that need to be cleared before such a system would ever be ready for prime time. None of our experiments are to develop central bank-issued eMoney‎ for use by the general public. These are still conceptual research questions that are being investigated by many central banks.”

While the central bank works on the blockchain technology, there are few new developments in the payments sector. The conflict between Visa and Walmart Canada is soon going to take a new turn as the supermarket giant has announced its plans to introduce its own Walmart Pay payment system in Canada sometime next year. Walmart Pay uses a mobile application on which users can upload their payment information and pay with their phones at the check-out counter.

Walmart Canada will soon stop accepting Visa credit cards from its customers, protesting against high transaction fees charged by the credit card company. Be it bitcoin or not, the Canadian payments and financial industry is seeing a lot of changes in recent days.