Banks Fall Over in Race To Integrate Blockchain Technology 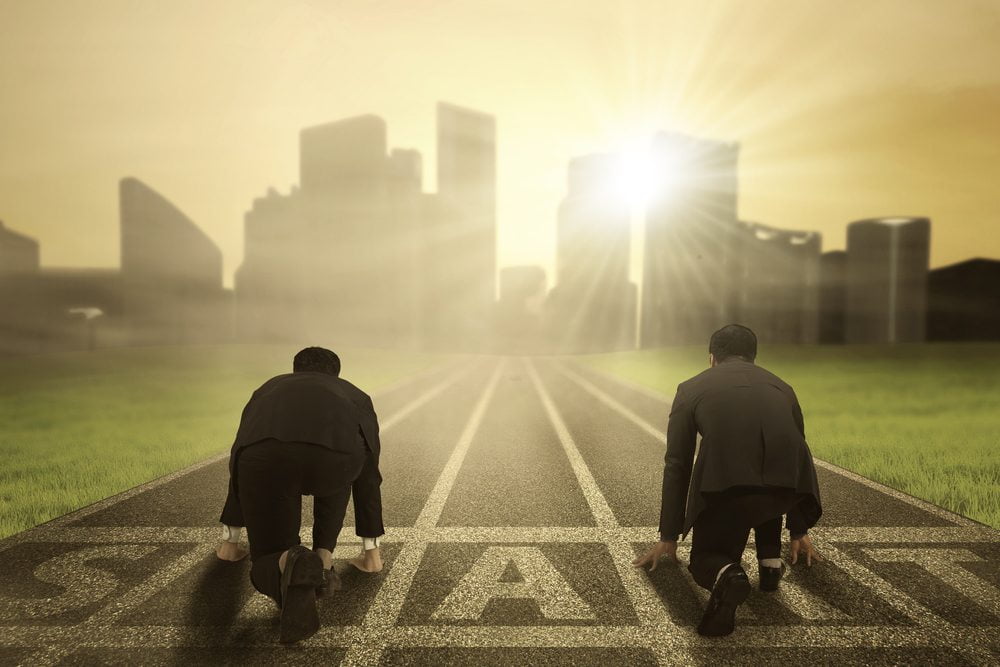 Blockchain adoption by traditional financial institutions will not happen anytime soon. At least, that is the message their official spokespeople are converting to the world. But according to IBM, there has been a rush to embrace distributed ledgers and integrate them into core systems. Things are looking positive for Bitcoin technology, even though banks will not embrace the open standard.

According to IBM, nearly 15% of all banks around the world are planning to integrate blockchain technology by 2017. That timeline is in stark contrast to the message financial institutional been conveying themselves as of late. Most of them do not see a first mover advantage when it comes to blockchain technology and prefer the wait-and-see approach.

The Race For Blockchain Integration Is Underway

However, the roll-out of commercial full-scale blockchain applications may happen a lot sooner than people think. Although the year 2017 is almost upon us, IBM expects a lot of banks to have services ready by then. This means there is still a lot of work to be done to make distributed ledgers “play nice” with legacy technology.

More importantly, more than 60% of all banks around the world should have a blockchain product in the next three years. That is quite a statement by IBM, although they are in the midst of this wave of innovation. Mainly banks with 100,000 employees or more are rushing to get distributed ledgers integrated into their products and services.

Although IBM only surveyed 200 banks, this trend cannot be denied. While this is only a small sample of all the banks in the world, it goes to show something will change sooner rather than later. Since every financial institution wants to remain competitive, they will all follow another’s lead when it comes to innovation. In this case, that means embracing blockchain as one of the first.

This news comes at the time when experts assumed adoption of distributed ledgers was still five to ten years away. Once again, the so-called experts have been proven wrong, and it is not the last time that will happen. Bitcoin and its technology have shaken up the financial sector, and the time to act was yesteryear. While banks rush to get a blockchain product out there, the bigger question is whether or not they are too late to the party.