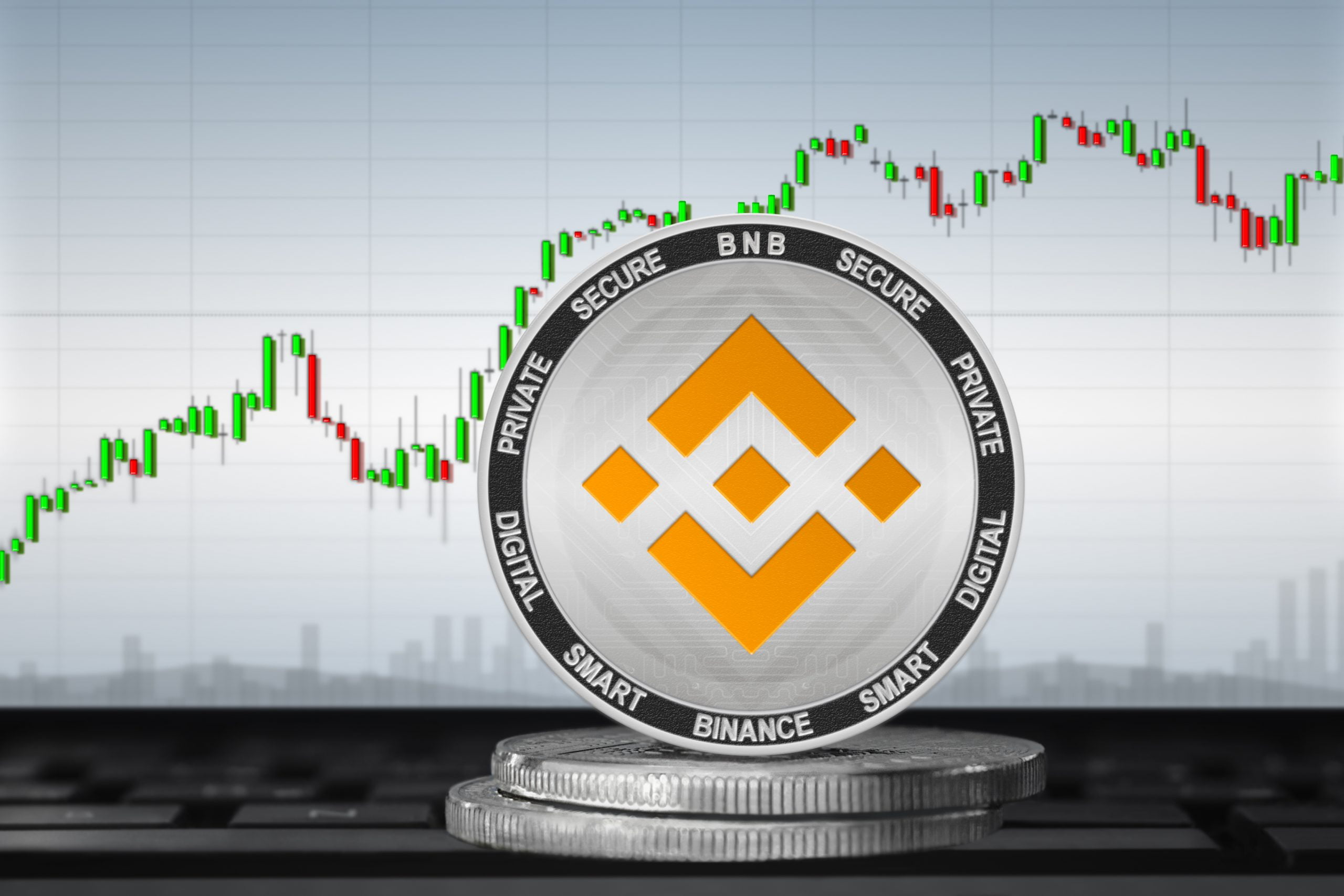 Yesterday, Binance Coin closed at around $200 a coin, and within another 24 hours, the exchange token is already trading at another $100 higher.

The surge in price and corresponding FOMO has also caused the cryptocurrency token to climb the top ten assets by market cap, making it to the number three spot. Here’s why this is such a big deal for Binance and its native token.

Binance Coin is having a record-setting month so far. February still has around a third of it left to go, and already the month is the largest candle in the asset’s history dollar for dollar.

The rally keeps on going, taking the price per BNB token to a high of over $300 per token as of today. At the 154 million and some odd BNB tokens in circulation, this has resulted in a $48 billion market cap, now nearly $15 billion ahead of the next closest crypto asset – the stablecoin Tether.

Tether’s market cap is solely supply based, as its price is tied to the dollar and doesn’t fluctuate significantly. Tether has had the number three spot for some time, taking from XRP as it sinks ever deeper down the list of top cryptocurrency by market cap.

XRP enjoyed the third rank for years once it got there, and only recently began its descent due to an ongoing lawsuit filed by the SEC against Ripple.

Binance Coin, however, was barely cracking the top ten before this month, and is now right behind only Ethereum and Bitcoin in terms of total capital.

What Is Behind The Exchange Token’s Unprecedented Comeback

As for why the token is performing so well, it is a sign of the overall demand for the crypto market as a whole. Bitcoin taking off helped propel altcoins back into an uptrend, which is now making investors money once again.

Chatter about coins making small fortunes, is once again luring more and more investors to altcoins. And there’s no platform that’s more so associated with altcoins, than Binance.

Binance was the place to be during the last major altcoin season, which saw Binance Coin also jump in demand. The latest monthly candle is the largest since then, suggesting that lightning is striking the exchange and related token twice.

And because the exchange is so active and relies heavily on the token to underpin its massive and ever-expanding ecosystem, Binance Coin is one of the more valuable cryptocurrency tokens in the market. It is only now the market is realizing this value, and price is catching up accordingly.

Tags: BinanceBinance CoinBNBbnbbtcBNBUSDbnbusdtCoinMarketCap
Tweet123Share196ShareSend
Win up to $1,000,000 in One Spin at CryptoSlots

Binance Announces New Transaction Limit By Fiat Partner – What Could This Mean For BNB?

BNB Holders Should Brace For This Trend Reversal – Happy Days Over?