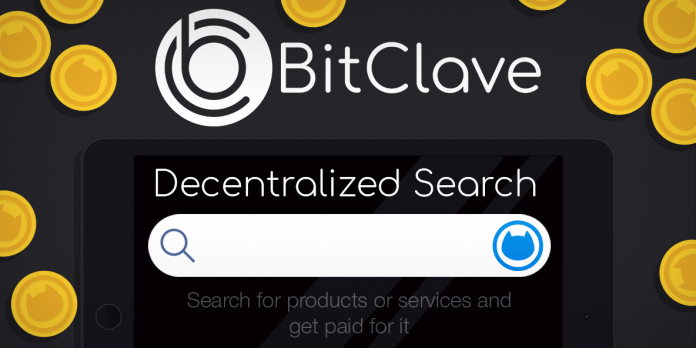 NewsBTC sat with Alex Bessonov, the CEO of BitClave, an upcoming decentralized search engine platform, to discuss its importance in the mainstream world. As we dwelled into a detailed conversation, Alex introduced us to some never-explored-before earning mechanisms within the online ad market. Excerpts from our conversation:

Gautham N: What prompted you to launch BitClave?

Alex Bessonov: Back in 2010, my interest in blockchain was focused primarily on the mathematical and security properties of cryptocurrencies like BitCoin. This initial interest as a technologist grew into an entrepreneurial interest as I started to think more broadly about the many potential applications and the truly disruptive nature of the technology.

Additionally, I have a solid background in cybersecurity, so data privacy has always been among my top interests. This background, as well as my aspiration to build novel kinds of digital systems that solve open technical challenges eventually led me to the idea of a platform where users have full control of their data versus somebody reselling it. BitClave was launched in late 2016 and since then the project has grown into a team that consists of more than 20 engineers and an advisory board of world-class talents in the fields of security, payments, and blockchain.

We are busy building the BitClave Active Search Ecosystem (BASE) which enables direct customer-to-business interactions with no need for intermediaries. It helps users truly find what they are looking for and get compensated each time they search privately for products and services from the retailers they are interested in, making third-party advertising networks unnecessary and irrelevant ads a thing of the past. Unlike the advertising middlemen, BitClave doesn’t make money off of users’ data.

Will an average user be able to access free services on BitClave, as s/he does on mainstream search engines?

Yes, and more than that, users will not just use BitClave services for free, they will be paid. On the BitClave Active Search Ecosystem, consumers have control over their own data and can choose whether to reveal their identity or personal information to retailers as part of their search. At the same time, retailers respond to these searches with targeted promotions, which consumers are compensated for viewing. The ecosystem enables users to control their own privacy preferences, unlike “free” services like Google and Facebook, who often sell user data to brokers.

Blockchain is still not understood – even known – by a majority of the world’s population. How will you introduce a platform like BitClave to them? (discussing your roadmap would be great)

Most of the non-tech users are not interested in deep technical details, they don’t necessarily want to know how exactly blockchain works. For example, when you use Facebook, Uber or AirBnb, the average user does not think about the technical aspects like advanced machine learning algorithms. Blockchain is no different. What is most important to users is the value they derive from those services. In the wake of unstable financial markets, BitCoin provided a lot of value to its users. The value of cryptocurrencies is a key reason we are discussing the technical merits of blockchain tech today. The value we are offering our users is the world’s first end-to-end private search engine that pays.

BitClave is also a great way for the general public to finally get into the cryptocurrency game. There are a lot of people who’ve heard about cryptocurrencies, but do not know where to start. The process can be complicated and intimidating for the non-techie crowd. CAT is a great place to start — you earn it with the data you share rather than buying it and your CATs can be traded just like any cryptocurrency.

What’s the status of BitClave platform development at present?

The alpha version is currently being tested internally. We plan to release it near the end of September with periodic platform updates to follow.

How are you funding the platform development?

We completed a very successful token presale in July, during which we raised 1.8 million US dollars within two days, and by the number of registered wallets we see that interest in the project continues to grow rapidly. The official token sale will be launched in October.

However, the token sale is not only about funding the project. It’s a mechanism for building a community around the platform. For BitClave it is, first of all, the way our tokens are distributed. Our CAT (Consumer Activity Token) is the basic “currency” of the BASE platform, and they are used in exchanging information, services, and online goods between customers and businesses. Initially, BitClave has all the tokens and an initial sale is a way to distribute tokens among investors and early users.

How do you propose to safeguard the raised capital?

We are applying many of the lessons learned from other crowdfunding efforts in terms of keeping our community well informed and implementing best security and business practices to safeguard raised capital. We are also engaging very early on with all product stakeholders for input and feedback during product development, raising capital through traditional VC channels, and attracting business partners through a separate marketing and outreach campaign. All of these efforts are aimed at providing real value for our user base and investor community.

How do you think China’s draconian decision to ban ICOs can affect the outcomes of BitClave crowdsale round?

We were actually in China speaking with many interested investor groups when news of the ban first came so it definitely has affected our approach to the crowdsale. We have since canceled all activities related to China and will not accept contributions from Chinese citizens. However, the Chinese ban hasn’t impeded our activities in other countries and China remains is a key market for blockchain adoption although not for crowdfunding since the decision.