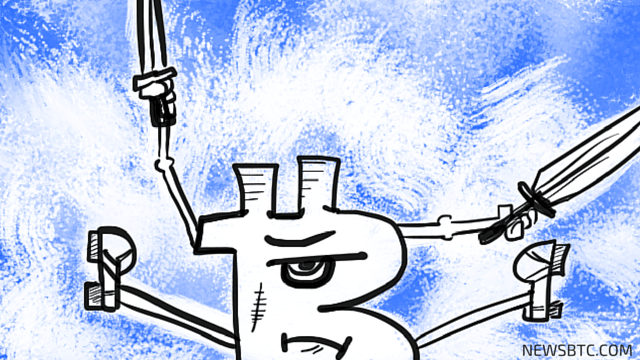 Bitcoin and the Deflationary Spiral – a Double Edged Sword

There have been multiple mentions of bitcoin ending up in a deflationary spiral on the long run. At a bird’s eye view for a layman, it sounds true. However, if one takes some time to study bitcoin and understand it in details, it will become obvious that the digital currency is quite different from conventional fiat currencies, and the deflationary spiral that seems perfectly applicable to fiat currency at certain circumstances doesn’t apply to its digital counterpart.

For those who do not know about deflationary spiral, it is an economic concept which states that continued deflationary trend will lead to reduced prices, increased production and increased value of the currency with respect to the purchasing power. The increasing value of currency, combined with reduced prices will lead to a fall in the circulation of currency and ultimately its demise.

Theoretically, those who argue that bitcoin will go down the deflationary spiral, believe that with the number of bitcoins already fixed, its value over a period of time will be proportional to its demand within the same timeframe. With everyone believing it, they will end up hoarding bitcoin expecting the value to rise in the future. Mass hoarding will take bitcoin out of circulation leading to its collapse.

However, the rules that apply to fiat currency do not apply to bitcoin as it is fundamentally an asset compared to traditional currency which is based on debt. Bitcoin is a highly divisible currency and with an increase in the value of a bitcoin increases, the amount of bitcoin needed for transactions will reduce proportionally. At the same time, strengthening economy leads to stronger bitcoin in the midst of deflation, which is also good for it. The progressively increasing difficulty in bitcoin mining and reduction in rewards are designed to counter sudden deflationary effects.

Only 21 million bitcoins are ever going to be mined and this knowledge among the bitcoin users leads to controlled deflation without causing the deflationary spiral.

BitStarz Player Lands $2,459,124 Record Win! Could you be next big winner?
Tags: bitcoinBitcoin Newsdeflationary spiraleconomyfiatinflation
Tweet123Share196ShareSend
Win up to $1,000,000 in One Spin at CryptoSlots