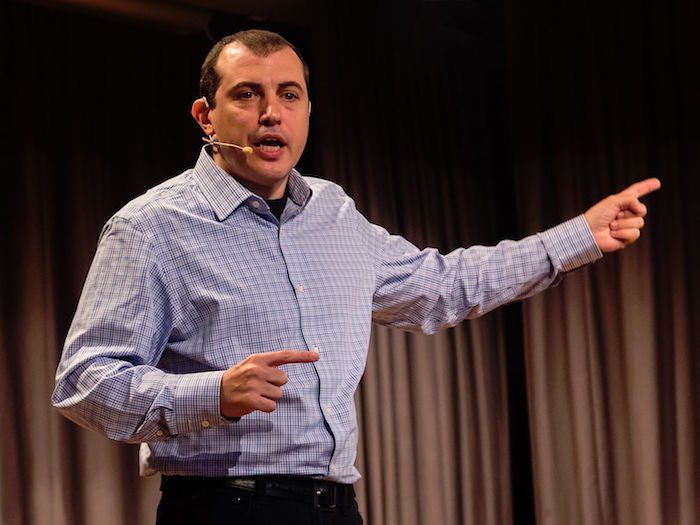 Andreas M. Antonopoulos, a well-known personality in the cryptocurrency space has turned into an apostle. The vocal advocate of Bitcoin and cryptocurrency technology, Andreas is soon going to promote the digital currency across Southeast Asia.

Antonopoulos has scheduled a Southeast Asia tour starting February 17, 2017. The tour will begin with a speech at the TRYBE Workspace in Phnom Penh, Cambodia. The event is being organized by Coin Cafe, a unique Bitcoin-themed restaurant in the city. According to his recent tweet, the Phnom Penh event will be followed by another meetup in Saigon, Vietnam on February 20, then Kuala Lumpur on February 22 and one more in Singapore on March 20. The event at the Shinhan Future’s Lab in Ho Chi Minh City (Saigon) is organized by Bitcoin Saigon. In Kuala Lumpur, Antonopoulos will be interacting with the crypto-community, industry, and government representatives for over three hours. The session titled “A Day with Andreas: Discover, Engage and Connect to the Future of Blockchain and Cryptocurrency” is being organized at the Universiti Kuala Lumpur by Bloktex and Malaysia Industry-Government Group.

The following Singapore event will happen at the Singapore Management University where Antonopoulos is expected to speak not just about Bitcoin but also Ethereum and blockchain technology. The event is backed by some of Singapore’s influential cryptocurrency groups including Bitcoin Singapore Meetup, Ethereum Singapore Meetup and ACCESS – a Singapore Blockchain and Cryptocurrency Association which also happens to be the event sponsor.

He has also mentioned the possibility of addressing the crypto-community in India during the tour, which is yet to be confirmed. In between, Andreas will also make an appearance at the Blockchain Africa Conference 2017 in Johannesburg, South Africa and Oslo Blockchain Day in Norway on April 25. The entire schedule is available on Antonopoulos’ website.

Andreas Antonopoulos is one of the few personalities in the cryptocurrency space who is actively involved in creating awareness and promoting the use of Bitcoin and its underlying technology. His unbiased opinions about various cryptocurrency platforms are well-known. He has also authored the book Mastering Bitcoin and consulted for various governments and technology groups.

Tags: andreasantonopoulosbitcoinBitcoin NewsethereumNewsSoutheast Asia
TweetShare
BitStarz Player Lands $2,459,124 Record Win! Could you be next big winner? Win up to $1,000,000 in One Spin at CryptoSlots