Declare Your Allegiance to Bitcoin at Work with Cyberoptix 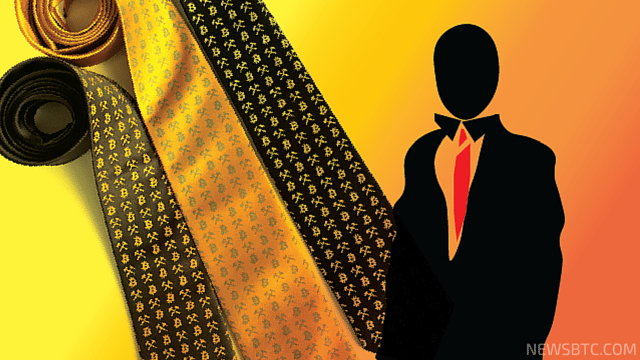 With bitcoin gaining prominence as an alternative currency, it stands widely recognized across the world. The digital currency introduced in 2009 is instrumental in bringing change to the fintech sector. Blockchain, the distributed open ledger technology powering bitcoin transactions across the network is now being used for developing applications that caters to various industries. Bitcoin is also known for being the most preferred currency of the criminals. They prefer to use bitcoin over fiat currency as it offers a certain degree of anonymity, the same reason why bitcoin is being widely used on the deep web to buy drugs and contraband.

The popularity and notoriety associated with bitcoin makes it eligible to become a fashion statement. We have already seen casual wear with bitcoin imprints being sold on various online sites. Bitcoin in fashion has so far been limited only to casual wear, but not anymore as Cyberoptix Tie Labs has come up with their Bitcoin fashion range of ties. While these crypto-range of ties have been around since last month, after the vendor announced its introduction in a blog post aptly titled “What would Satoshi Nakamoto Wear?”, the bitcoin payment option was introduced a couple of weeks ago.

Bitcoin enthusiasts can visit Cyberoptix’ website to buy bitcoin and mining tools themed neckties, bow ties and pocket squares. Once they select the tie of their liking, they can proceed to pay the traditional way or stick to the theme and pay with bitcoin. That’s what we call, wearing your opinion around your neck!

Cyberoptix offers a wide range of wide range of products categorized by styles and themes in addition to customization option. Their products range from regular neckties to scarves, pocket squares, ascots and more. They are available in a number of themes including bitcoin, sports, aviation, automotives, science and technology, weaponry etc.

In an interview with Coincafe, the founder and owner of Cyberoptix Tie Lab Bethany Shorb mentions that she found integration of bitcoin payments into her site much easier than other payment processors. Bethany also mentions that the she finds the process of instant conversion of bitcoin to any currency of her choice very convenient.

Some of the other notable companies offering bitcoin themed clothing and accessories include Pro Crypto, CafePress, Zazzle and more. These bitcoin themed clothing are not only a style statement, they also act as promotional material for the digital currency. A catchy bitcoin themed design can grab some attention on the streets and invoke curiosity among those who do not know about bitcoin, eventually adding them into the loop.