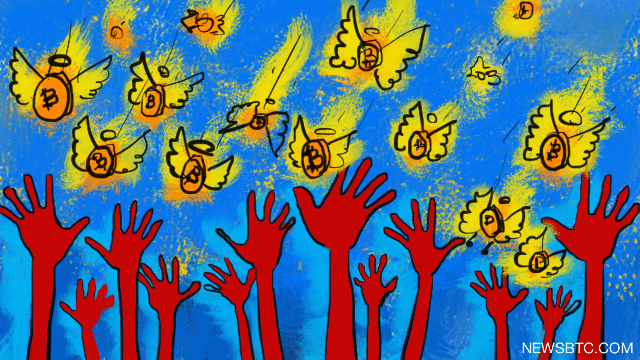 BTC Community Donates $9M over 6 Months to a Charitable Fund

The Bitcoin community is popular for all the right and wrong reasons. While many continue to look down upon Bitcoin as the preferred currency of criminals, and Bitcoin users as people who are prone to do illegal things. They overlook the fact that the Bitcoin community members are a philanthropic lot too,

The presence of an altruistic streak among the Bitcoin community members has come into the picture again after Fidelity Charitable released its Fidelity Charitable 2017 Giving Report. According to the report, there has been a significant increase in the amount and number of Bitcoin donations the organization has received.

Since the beginning of the year 2017, the total contributions made in the form of Bitcoin to Fidelity Charitable stands at $9 million. The numbers, during the first half of the year, is said to be $2 million more than the overall Bitcoin donations received by the organization in 2016.

The changing trend in philanthropic giving is mentioned in the report,

“Fidelity Charitable donors demonstrate some of the ways philanthropy is changing—from a heightened enthusiasm for impact investing to the growing assets to fund charitable giving.”

Fidelity Charitable has a good standing as a $16 billion donor-advised philanthropic fund, and it has been open to Bitcoin donations since 2015. The growing cryptocurrency community and strong performance of Bitcoin price during this year could be two contributing factors driving the increase in crypto-donations.

It is worth noting that the Bitcoin community had during many times in the past come together to support the victims of various natural disasters. On few occasions, they were the first independent, voluntary group to start collecting funds to be donated to relief agencies around the world.

As people find ways to give back to the society, Bitcoin has already strengthened its position. With more countries legalizing the cryptocurrency, and more members joining the community, the numbers are expected to grow in the coming years.

The full report can be accessed here.

Tags: Bitcoin Newscharitable fundfidelityNews
TweetShare
BitStarz Player Lands $2,459,124 Record Win! Could you be next big winner? Win up to $1,000,000 in One Spin at CryptoSlots