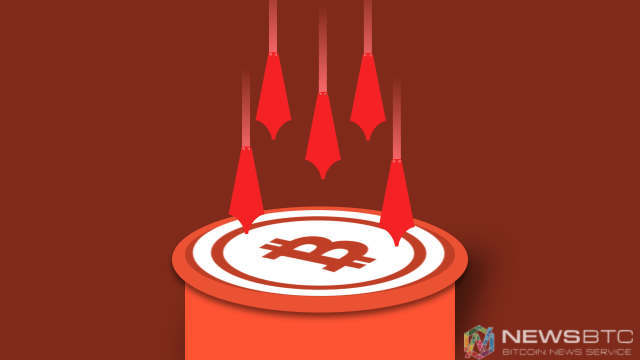 Bitcoin, the leading cryptocurrency with record breaking performance until last week has started down a downhill slope. The cryptocurrency’s price has fallen from the record $3000 to less than $2500 as the cryptocurrency exchanges continue to struggle with technical issues. Also, the ongoing scalability debate has caused significant uncertainty among the community members as well.

Making matters worse are the cyber-attacks currently being faced by few exchanges. Earlier this week, two well-known cryptocurrency platforms, Bitfinex and BTC-e came under sustained DDoS attacks, which affected the latter’s service for some time. Yesterday Coinbase also ended up facing an outage, yet again, which made the platform go completely offline for several hours.

The technology issues have also caused fluctuations in Ethereum price as the cryptocurrency is supported by most of the affected exchange platforms. Apart from the technical issues faced by centralized exchange platforms, negative comments about Bitcoin by some well-known personalities have also ended up creating pressure on the cryptocurrency price.

The change in Bitcoin price has reignited the discussion about the volatile nature of the popular cryptocurrency and how it is not suitable for use as a mainstream payment instrument. However, given the rate of growth of the cryptocurrency community and upcoming cryptocurrency legislations in many countries, the value of Bitcoin is expected to rebound in the coming days.

It is not just Bitcoin that saw a downward trend in the recent days. Even technology stocks have registered a fall this week. The fall in tech stocks is said to be unsustainable levels of growth in the technology segment, which sounds quite similar to the scalability issues currently being faced by the cryptocurrency community.

The cryptocurrency market, driven by speculations has overshot the actual growth, making it unsustainable during short-term. However, long-term investments are expected to stay profitable. Meanwhile, the developer community must pick up the pace and resolve the Bitcoin network’s scaling issues to promote further growth.