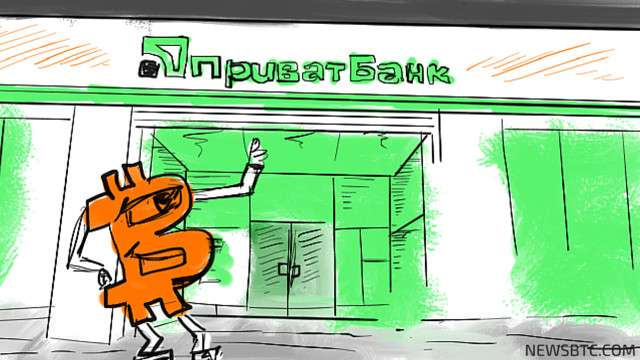 The government of Ukraine has announced its plans to nationalize the country’s Bitcoin-friendly bank, PrivatBank. The government, in a statement released on Sunday, mentioned that it has taken over the bank to prevent a potential financial meltdown which may disrupt the country’s economy.

“[The government is now a] 100 percent owner of PrivatBank and guarantees the uninterrupted functioning of this institution and the safety of its clients’ money.”

The government’s decision comes after certain bad decisions on PrivatBank’s part led to the bank giving out bad loans to insiders which may have to be written off. After the reports were made public, the value of bank’s bonds have fallen by over 50 percent, reports a leading news publication.

Ukraine has a prolific Bitcoin community with a significant number of people using the digital currency for making online purchases among other things. PrivatBank became the country’s first banking institution to offer an option to accept Bitcoin payments for online merchants. Last year, the bank introduced the new payment option on its online payment gateway where customers can choose Bitcoin payments and transfer hryvnia equivalent of bitcoin by scanning the QR code on merchant’s payment portal.  The merchant would then receive the settlement either in hryvnia or euros based on the preference.

It is still unclear about whether the nationalization of PrivatBank will impact its cryptocurrency friendly policies as the government will be directly involved with the banking major’s operations. The decision of nationalization was allegedly taken after the bank received extensive negative media coverage following its questionable lending practices. The PrivatBank management has voluntarily transferred the control over to the government to ensure the best interests of its clients.

The now nationalized PrivatBank is an ideal launchpad for the Ukrainian government to encourage digital currency adoption in the country. Also, the probability of the government doing just the opposite is high as well. Either way, the actions of PrivatBank under the new management may have a considerable impact on the country’s Bitcoin ecosystem.