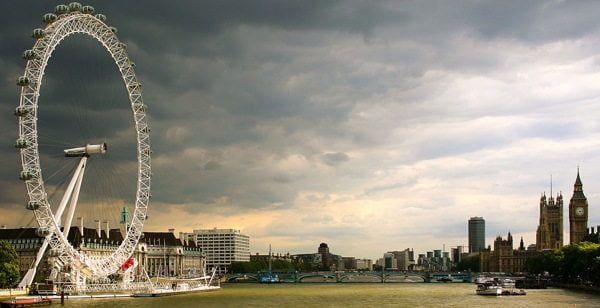 While the hopes are strong among the Bitcoin community about the emergence of bitcoin as a mainstream payment instrument in the coming days, the English merchants have a different take on it. According to a survey conducted by the Smith and Williamson, businesses in and around the United Kingdom have found bitcoin and other digital currencies to be too insignificant to drive any large scale changes in the past 5 years.

The views expressed by business owners is quite contrary to the actual turn of events in the digital currency sector from the past 5 years. We can see that bitcoin, other digital currencies, and digital currency based technologies started to gain prominence about 4-5 years ago. The evolution of Bitcoin technology also led to the emergence of various bitcoin exchanges and wallet services during the period.

The respondents to the survey make a very small sample set and it is quite possible that they may not be so well informed about bitcoin as expected. It is hard to ignore the recent developments with the underlying blockchain technology, which is now being implemented by various international banking institutions including few prominent ones in the United Kingdom.

Also, bitcoin is building a good track record off-late, with the price reduction in price volatility. However, in the past few weeks, there has been a huge demand for the digital currency, which has driven up the price from around $450 to $750.

Interpreting the participant responses in the survey report, the investment management partner at Smith and Williamson, Fergus Caheny is quoted by a publication saying –

“Once heralded as the currency of the future, bitcoin has taken severe hits to its reputation and popularity over recent years… Whilst still having its place, as an international currency and within certain sectors, our respondents thought it would fail to become a widely accepted method of payment.”

The surveyors and respondents seem to have conveniently forgotten one more thing about bitcoin and its utilization as an alternative investment tool, especially in countries with strict capital controls like China. In addition to bitcoin, another major topic of conversation in the Smith and Williamson Enterprise Index Survey is Brexit. With the talks of Britain planning to leave the European Union, there are concerns among business owners that their business will be severely impacted if the country decides to go ahead with Brexit. About 81% of the respondents have shared this sentiment.

Overall, businesses in the country have a positive outlook with about 80 percent of them expecting to do well in the coming 12 months. Similarly, independent to the report, even the Bitcoin community shares a similar outlook towards the performance of the digital currency.