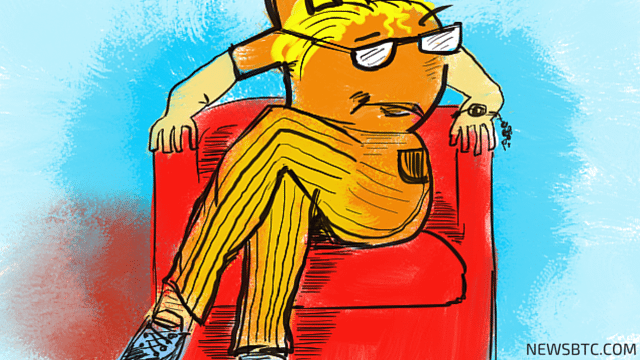 The year 2015 is coming to an end. In the Bitcoin universe, it has been an eventful year so far. The Bitcoin ecosystem has had its ups and downs, from controversies surrounding its use for unlawful purposes to the lawmen themselves turning into outlaws and more. At the same time, there has been a considerable number of wins both big and small for the beloved cryptocurrency.

The year 2105 started on a low note, with prices dropping below the $200 mark. At the same time, however, the number of users joining the Bitcoin community saw a constant increase. Earlier last month, the digital currency hit $500 mark, and today Bitcoin is steadily hovering over a $350 to $370 price range. Along those same lines, the number of transactions on the blockchain has steadily increased every month, from about 50,000,000 in the beginning of the year to over 90,000,000 currently.

On the other hand, the introduction of regulations by the State of New York in the middle of the year severely impacted the Bitcoin ecosystem in the state. Many startups offering Bitcoin and blockchain-based products and services had to move out of the state to escape excessive financial and regulatory burdens amid privacy concerns. Some of the companies that decided to move out of New York included ShapeShift, Eobot, Kraken, LocalBitcoins. Companies like itBit, Circle and Gemini opted to obtain BitLicense and continue their operations in the state, however.

Bitcoin managed to maintain its notoriety as the preferred currency of criminals thanks to numerous hacking, DDoS and ransomware attacks where Bitcoin ransoms were demanded. The Ashley Madison hack further inflated the situation, with blackmailers using the leaked user information to demand ransom from their victims.

The biggest impact came last month in the form of a terrorist attack on Paris, France. An online hacktivist group announced that ISIL has parked over $3 million worth of funds in the form of bitcoins; this revelation triggered a knee-jerk reaction among the EU nations who are contemplating tougher digital currency regulations.

The EU’s decision to toughen its stand against Bitcoin and other digital currencies nearly coincided with the European Court of Justice’s ruling to exempt Bitcoin exchanges from VAT (similar to a foreign exchange dealing with fiat currency). The ECJ judgement was seen as a small win for Bitcoin towards gaining legitimacy as an alternative currency in the global economy.

The technology powering the Bitcoin network–the blockchain–has managed to gain the attention of mainstream banking and financial institutions. A consortium of banks is currently exploring the use of blockchain technology for cross border fund transfers, circumventing the existing SWIFT network. If they succeed, cross border money transfer may soon become a lot cheaper and faster than it is now.

The long arm of the law caught up with a few people like Mark Karpeles, the CEO of Mt Gox, who was arrested in Japan and is currently under investigation. He is facing potential charges of embezzlement, misappropriation of user funds, and more. It seems like those affected by the fall of Mt. Gox will finally receive some closure.

On the other hand, Ross Ulbricht, the creator of Silk Road, was sentenced to life imprisonment for his role in facilitating illegal drug and contraband sales on the deep web. Ex-DEA agent Carl Force and ex-Secret Service agent Shawn Bridges–who were part of the Baltimore Task Force investigating Ross Ulbricht and Silk Road–were charged with extortion, money laundering and obstruction of justice for obtaining bitcoins from Ross Ulbricht and Silk Road wallets illegally during investigation.

Cloud mining companies GAW Miners and ZenMiner founded by Joshua Garza are currently facing a lawsuit filed by the SEC for running a pyramid scheme.

The outlook for Bitcoin in 2016 looks promising. The digital currency’s newfound stability combined with increased adoption of blockchain-based applications by the fintech sector is expected to influence its value. Also, the expansion of the Bitcoin community and increased number of transactions will also contribute to an increased value in the coming days.