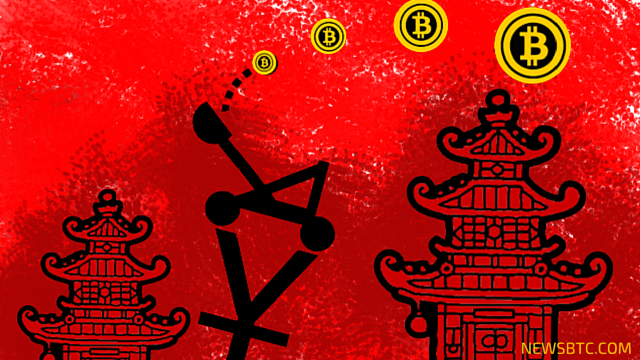 Bitcoin has been going strong since the past few weeks. The cryptocurrency which was priced at around $640 in mid-October has surged past the $700 mark and now stands at $725, after falling to $690 briefly over the weekend. At the current pace, the price of Bitcoin reaching $800 is imminent.

As to the reason behind the recent increase in price, the largest since June 2016 is the constant demand for Bitcoin in the Chinese market.  Lately, China has been witnessing an increased capital outflow despite strict capital controls. According to available data, the country is leaking money for over two straight years due to weakening yuan. China’s foreign exchange reserves are said to be plummeting at a drastic pace as more people rush to buying foreign assets.

Most of the capital outflows are attributed to two factors: one, where the exporters from the mainland are keeping their money in offshore, and the other where people are buying Bitcoin to prevent their assets from depreciating with yuan; and also for cross-border investments and transactions.

With an estimated total of over $573.2 billion in the capital outflow from China this year (Citigroup Global Markets’ estimate), the half yearly numbers stood at around $286 billion. If the actual figures are in any way going to match the estimated numbers, then the demand for alternate currencies like Bitcoin is expected to only go up during the last two months of 2016.

Last month, Goldman Sachs warned China stating that the country’s outflows may be worse than it appears to be. As yuan hit a 6-year low in October, the country continues to tighten its capital controls which may have driven not just the individuals and investors but also corporates to Bitcoin as the fear of depreciation looms over Chinese yuan.

The continued increase in demand for Bitcoin from various segments of the Chinese population will continue to reflect in the upward movement of the digital currency’s price. It is just a matter of time before Bitcoin reaches $800 mark.

Tags: bitcoinBitcoin Newsbitcoin pricecapital outflowchinaNews
Tweet123Share196ShareSend
Win up to $1,000,000 in One Spin at CryptoSlots