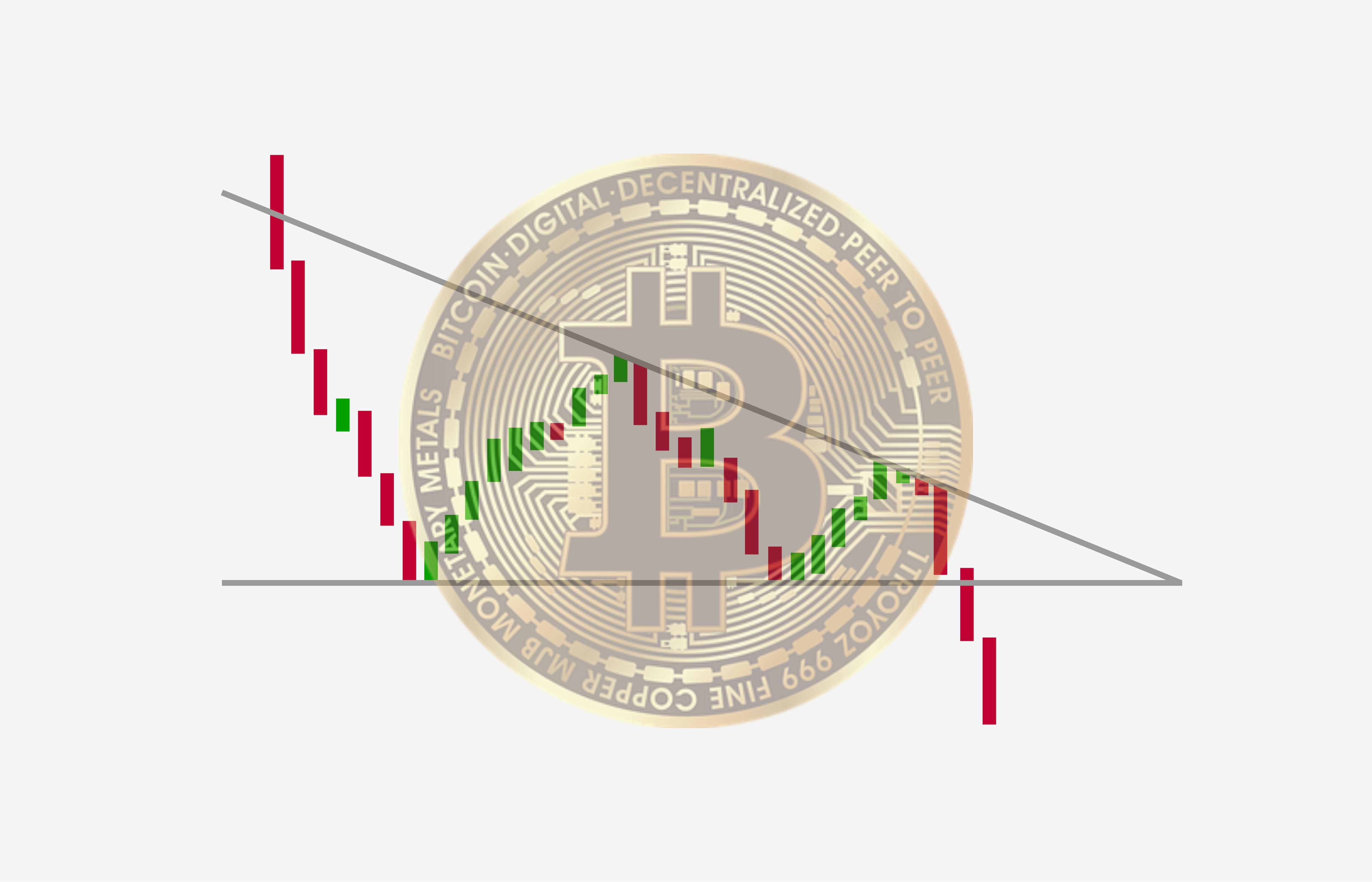 As Bitcoin price struggles to maintain strength above $10,000 but is unable to push below $9,200, the crypto asset’s price chart has formed what appears to be a descending triangle – a bearish continuation pattern, that does have potential to break to the upside.

The formation shows many similarities to a descending triangle that formed during the 2018 bear market, that eventually sent Bitcoin plummeting to its bottom around $3,200. One analyst believes that although the market is showing demand for Bitcoin, that demand is being consumed ferociously and once that demand begins to fizzle, the selling pressure may finally get the best of bulls buying the dip.

Bitcoin price has stagnated in recent days, unable to choose a clear direction. The leading crypto asset has been locked in an increasingly tightening range and has not had the bullish momentum to break above $10,200, yet bearish sell pressure hasn’t been enough to break below $9,200. The bouncing back and forth between peaks and troughs has caused Bitcoin price to form a descending triangle, a chart pattern that could have a target of $7,500 if confirmed.

Related Reading | Bitcoin Price Rejected From $10K, Or the Start of a Bullish Reversal?

Crypto analyst Dave the Wave – known for his long-term trend analysis using moving averages, the MACD, and most importantly an emphasis on Bitcoin’s logarithmic growth curve – is long-term bullish on Bitcoin, but in the “medium-term” expects Bitcoin price to fall out of the descending triangle formation to around $7,500 where a bounce could happen.

In the past, the analyst perfectly called a bounce off the 200-week moving average. Here he expects the bounce at $7,500 to be nothing more than that – a bounce. After that, another “further drop at a later date” could bring the entire correction total to 50%, or as much as 61%.

The analyst advocates averaging in around the 50% point being a wise strategy. A total 61.8% drop – a common Fibonacci retracement level – would take Bitcoin price to $5,200 as the final bottom. A 50% drop from the rally high of $13,800 would be $6,900. Neither drop would put Bitcoin’s previous bear market bottom in jeopardy.

Adding further credence to the descending triangle playing out similarly to the formation that occurred during the 2018 bear market that caused Bitcoin price to break below what was believed to be the bottom at the time at $6,000, falling to its eventual bottom at $3,200.

Another analyst, says that although Bitcoin has bounced off the “daily demand” it has done so “ not very convincingly” and current price action appears to be “consumption of demand.” The analysts compares the current price action consuming the demand to the same price action around $6,000 – also where that demand eventually ran out in 2018, causing Bitcoin to experience a massive drop.

Should that demand be overcome by supply, the same scenario could play out. However, that $6,000 price level is now acting as support once again, and is likely to stay that way indefinitely.

Tags: bitcoincryptoDave the Wavedescending triangletechnical analysis
Tweet123Share196ShareSend
Win up to $1,000,000 in One Spin at CryptoSlots