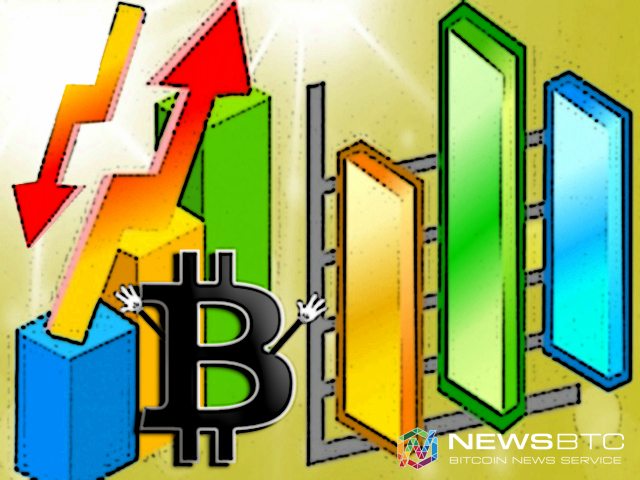 Last month, the price of one bitcoin was about $447 per unit. The same last week, went up to $519 per bitcoin and today it is at around $577. The value of the beloved digital currency has appreciated by about 30 percent in a span of 30 days. On an average, the appreciation of bitcoin currently stands at a bit less than 1 percent a day. None of the conventional assets so far has ever shown this much appreciation so far.

Call it currency, commodity or property, it doesn’t matter as the only thing of importance is the fact that bitcoin has turned out to be the most exciting financial instrument of all times, offering great potential for bitcoin users to make profits from its constantly rising prices. If bitcoin follows the same trend, then by the end of this week, we can expect the price to breach the $600 mark, with an effective market capitalization of $9.39 billion.

One of the reasons for an increase in Bitcoin prices is the continuing interest in the digital currency by the Chinese investors. The increased interest follows the increased pressure for a further devaluation of Chinese yuan due to expected Fed rate hike followed by an “outright negative” view of Goldman Sachs on the currency, which may be followed by other banks as well. The capital controls imposed by the Chinese government has got investors looking into bitcoin as an alternative investment opportunity.

Bitcoin price increase, is it a good news?

The increasing bitcoin price trend is good news for the Bitcoin network in multiple ways. As upward price trend will elicit a more positive response from traders and investors who will end up trading more bitcoin with the intention of making profits as the price climbs further upwards, which will increase the liquidity on the Bitcoin network. As more people start trading, the increased demand for digital currency will further strengthen its price.

The increased bitcoin prices will also offset any potential damage to the miners’ earnings caused by the upcoming halving. By design, the bitcoin rewards offered to miners is set to be cut by 50 percent every 4 years. We are currently seeing the eighth year of Bitcoin’s existence, which brings about the second round of halving. In the next 34 days, the mining rewards will be cut from 25 bitcoins per block discovery, every 10 minutes to 12.5 bitcoins. As the rewards decrease, miners who are still using slightly outdated mining hardware will face the heat unless the value of bitcoin is almost twice the value it was last month by July 10. This way, whatever they lose out on reduced mining rewards will be compensated by the increased bitcoin value itself.

Many people from the Bitcoin sector are bracing themselves for the impact of block reward halving. They are expecting many miners using outdated mining hardware to shut shop once halving is implemented. This is mainly due to the costs associated with operating these not so energy efficient miners and reduced bitcoin rewards. Reports suggest that the total mining hash rate may fall by anywhere between 5 to 30 percent following halving unless the bitcoin price increases further before or immediately after the halving.

READ MORE: Looming Bitcoin Halving Has Not Driven The Price Down Yet

At its current position, Bitcoin can easily cross the $600 mark. In fact, it is only a matter of time before it crosses the mark. But, there is always a possibility of the price falling as well especially if users start dumping their bitcoin stash with the expectation of encashing upon increasing demand following the halving of Bitcoin mining rewards.

For now, Bitcoin seems to be in good hands, with the price rising steadily. However, it may slide a bit in the coming days to stabilize at a lower threshold.