Bitcoin Regulations, the Debate Must Go On 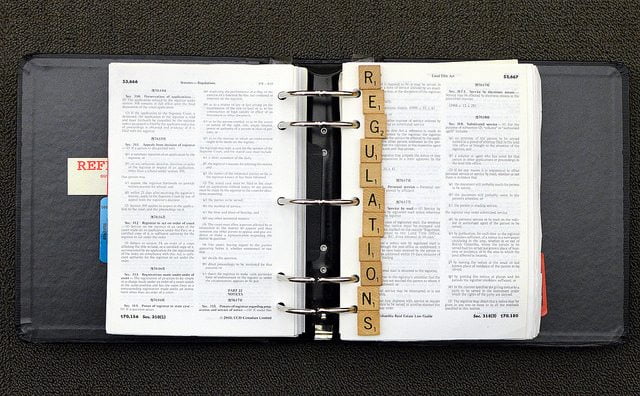 Bitcoin Regulations, the Debate Must Go On

Bitcoin regulation is a very touchy topic. The regulators don’t want some open source, decentralized currency to take reigns of their country’s economy. At the same time, they don’t want to lose out when speaking of the blockchain technology or the possibility of creating their own digital currency.

While these regulators try to find ways to get what they want without jeopardizing the potential benefits of the “rogue currency” and its underlying technology, most of them tend to do so armed with incomplete information.

The European Union nations have been calling for the digital currency to be regulated. Their attempts got the much-required momentum after rumors claimed that the terrorists responsible for attacks in Paris used bitcoin to finance their operation. These rumors were put to rest later by the Europol investigation which didn’t find any evidence of bitcoin’s involvement in the attacks, but still there is plenty of pressure from the member nations at the European Parliament to regulate digital currencies.

There are a few logical voices in the parliament that call for proper due process and a better understanding of things before introducing any legislation against things unknown. in this case, it is bitcoin.

Recently, Antanas Guoga, a member of the European Parliament and an entrepreneur has recently been vocal about bitcoin regulations at the IMCO committee in the European parliament. In his speech he talks about the importance of bitcoin and how different it is from the traditional banking system. He also asks his fellow members whether any of them have ever used bitcoin? Unless they have a firsthand understanding of what bitcoin is and how it works, they will be in no position to pass a judgment on it. He urges his fellow politicians to fist buy some bitcoin and try using it before introducing regulations.

While Antanas Guoga’s comments are directed towards those who do not know about bitcoin, the recent article on WIRED mentioning the need for bitcoin regulation doesn’t do justice to the digital currency and its underlying technology. The article titled “We Must Regulate Bitcoin. Problem is, We don’t Understand It.” talks about the various uses of bitcoin and gives the standard list of reasons to call for its regulations. The list of reasons, which everyone must already know – money laundering, tax evasion, its use on deep web marketplaces etc.

The only difference between WIRED’s article and the arguments by the regulators who have no clue about bitcoin is that the article calls for regulations at a later stage. In an article published on the website Liberty.me, the author Tomas Forgac points out the lack of evidence to call for bitcoin regulations and the serious consequences regulations may have on bitcoin and its underlying technology. It is highly impossible to regulate something without any repercussions or consequences. Introducing bitcoin regulations may be an easy task, but it may lead to a series of unintended consequences which may end up criminalizing normal social and economic behavior.

The debate on bitcoin regulations is an ongoing one and it is not going to end anytime soon. However, the longer it goes on, the more sensible the eventual regulations be.