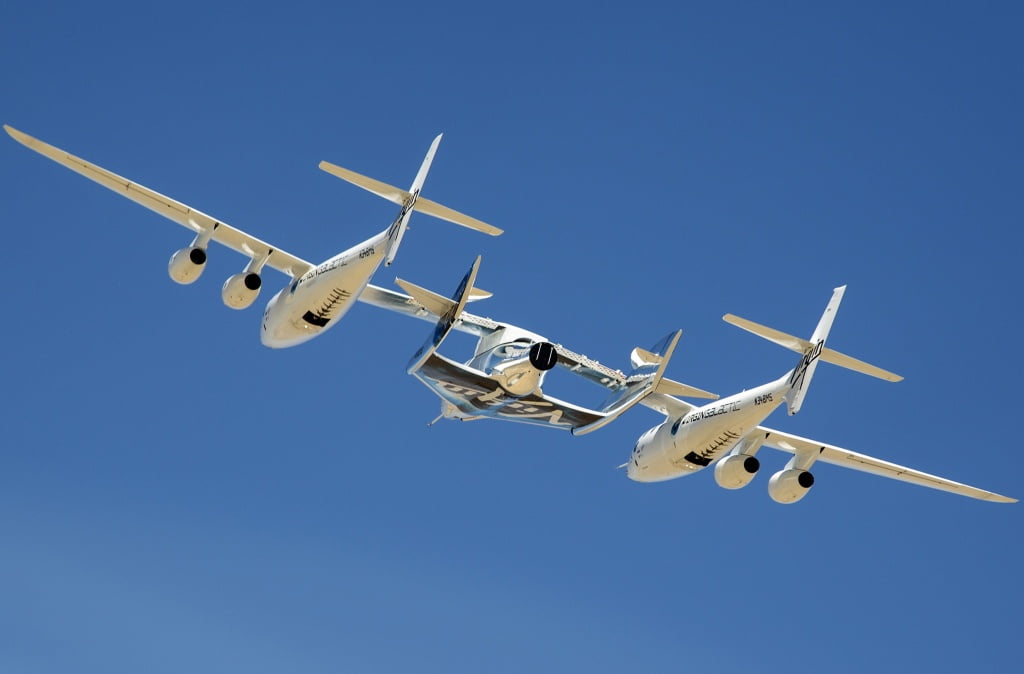 If not the price, there is something else that has already inched Bitcoin towards its ideal holiday location – the moon.

Genesis Mining, a Bitcoin cloud mining provider, sent Bitcoin to space. As a part of its promotional campaign, the company conducted two successful Bitcoin transactions from the earth’s surface to somewhere 20 and 34 kilometres up in the sky, respectively.

Genesis Mining’s “To the Moon!” campaign saw the company sending a 3D model of Bitcoin and a Bitcoin paper wallet to space on a weather balloon. Genesis Mining has recorded the journey using a GoPro camera placed inside a Styrofoam box. The camera was focused on the Bitcoin 3D model with paper wallet address written on the other side.

The meteorological weather balloon with Bitcoin payload was launched from an unknown place in the United Kingdom. Once the weather balloon attained an altitude of 20 kilometers (Armstrong Limit), the ground team from Genesis Mining reportedly made the first transaction to the paper wallet from their mobile device. After almost 16 hours, the team sent another transaction to the paper wallet now at a maximum altitude of 34 kilometers. (view transactions on blockchain)

Marco Streng, in an interview with a tech magazine Hacked explained that the transaction to space symbolizes the phrase “to the moon!” once used in reference to the rising Bitcoin price. He was also quoted by the magazine saying,

“As cryptocurrencies grow in popularity it’s important to remember that they are the most secure form of currency out there, and by demonstrating how this transaction can be seen on the blockchain, we make it clear that no matter how far bitcoin goes, it’s always secure.”

The video of Bitcoin’s journey to the space recorded by the accompanying GoPro camera is now available on YouTube.

The Bitcoin and space connection started years before Genesis Mining promotional stunt. In 2013, a female flight attendant from Hawaii became the first person to buy a ticket for the space trip on Virgin Galactic with Bitcoin. A few days ago, the Virgin Galactic spaceship VSS Unity completed its first test flight successfully. The spaceship still has to undergo lots of tests before it is ready for the first commercial space trip.

Bitcoin has proven that it can be used for anything ranging from paying for groceries to buying a ticket to space… or even sending money to outer space. It is just a matter of time before it gains mainstream adoption and even replaces the existing fiat based monetary system.

Read our comparison of 50 different crypto casinos. Find out who has most generous bonuses, best UX, knowledgeable customer support and best provably fair games.
Tags: bitcoinBitcoin Newsblockchainblockchain technologyGenesis MiningNewsto the moonVirgin Galactic
Tweet123Share196ShareSend
Win up to $1,000,000 in One Spin at CryptoSlots