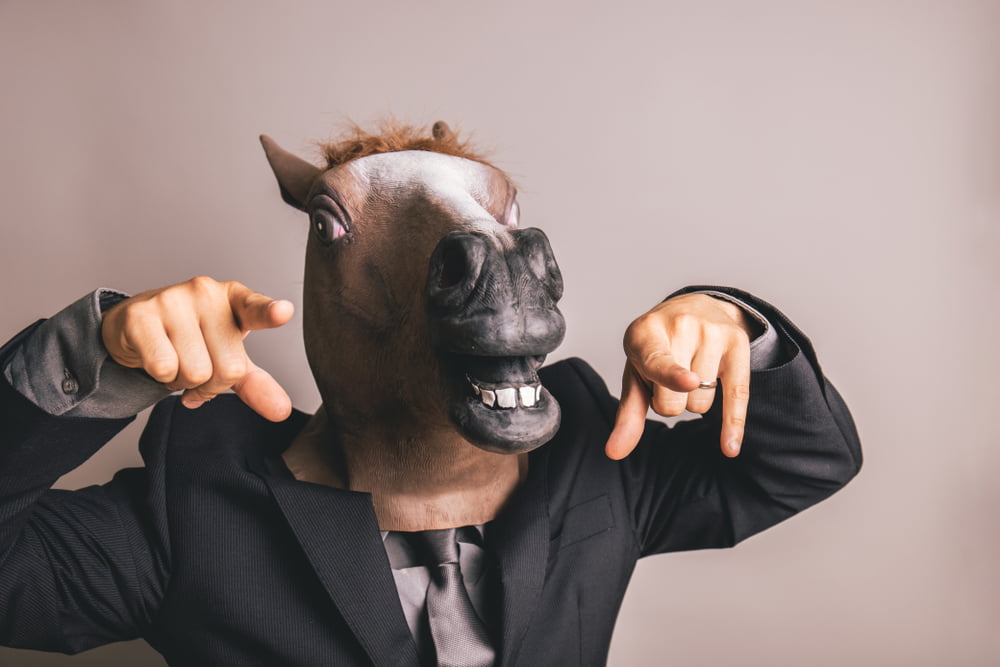 Yesterday, Bitcoin plummeted by over $1,000 in one hour, representing the fifth-largest single one-hour drop in the asset’s young history.

And interestingly, it happened mere minutes after this insanely strange sell signal reared its ugly head, marking the third time in a row in a matter of two weeks that the signal worked like a charm.

The rally has added over 40% to the asset’s value in less than 60 days into the new year.

The surging prices also triggered a golden cross of the 50-day and 200-day moving averages – an incredibly bullish signal.

Bitcoin dropped by over $1,000, setting the record for the young, disruptive asset’s fifth-largest one-hour sell candle.

The selloff happened exactly three minutes after an ironic tweet was made by cryptocurrency influencer Holdonaut.

Holdonaut became well known for creating the Bitcoin lightning torch experiment, where one major crypto influencer sent the cryptocurrency to another, creating a domino effect of promotional efforts spreading the word about the second-layer technology.

Now, Holdonaut is in the public eye once again, but this time for signaling the of Bitcoin’s rally not once, not twice, but three total times.

Holdonaut over the last two weeks has made three tweets claiming that Bitcoin would never again trade below $10,000.

Each time the tweet was made, Bitcoin promptly fell below $10,000.

This latest tweet happened just three minutes before the record-breaking crash across the crypto market that wiped billions of value in an hour’s time.

The ironic tweet acted as a massive sell signal three times running in a matter of two weeks.

However, the same tweet can be found many times over the last two years of the bear market.

Even the most well-respected cryptocurrency analysts across the industry have been incorrect when making that call.

Ahead of the June 2019 top, back when Bitcoin reached $14,000, Bitcoin stock-to-flow model creator Plan B claimed it would be the last opportunity to ever buy Bitcoin below $10,000 again.

It’s now happened a handful of times since.

Bitcoin pioneer Charlie Shrem also made a similar incorrect prediction in May 2018, months before the first-ever cryptocurrency later plunged to $3,000.

The statement dates back to even earlier in 2018, after Bitcoin rebounded from a V-shaped bottom at $5,800 in February of that year. The bear market began right after that call was made.

Even earlier, those that watched Bitcoin break above $10,000 for the first time – an undeniably important psychological resistance level – likely assumed that the cryptocurrency wouldn’t ever find itself below the level ever again.

Related Reading | Bitcoin To Explode To $18,000 Ahead Of Halving, As Probability Of New ATH Grows

But Bitcoin is once again trading below $10,000. The next time it breaks above it, make sure nobody claims that Bitcoin will never again go below that number, and if they do, it may just be the time to sell.