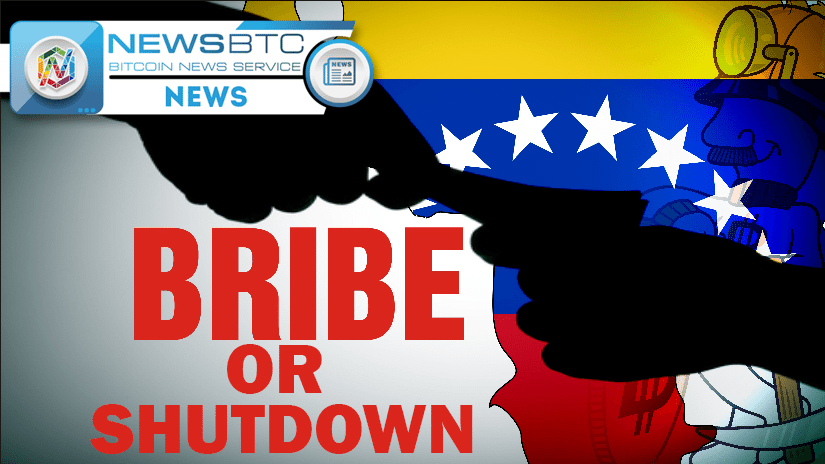 The Bitcoin community in Venezuela faces an unusual situation. They are uncertain about their operations as the law enforcement agencies in the country are trying to put a stop to it. Meanwhile, if the cops do come knocking, they are left with two options — to shut shop or pay up and hope they take a lenient view and let them operate.

People have found a use for Bitcoin under a variety of circumstances, some of them when faced with a dire need. Venezuelans probably fall into the category of desperate people trying to overcome the country’s failing ecosystem by opting for an alternative currency.

Many news reports in the past few months have offered a detailed description of Venezuela’s Bitcoin market and how people are using the digital currency to order essential goods and supplies including medicines from online stores. While Venezuela faces the worst possible inflation, the government seems to be more concerned about curbing the use of Bitcoin.

The Venezuelan government agencies have been cracking down on cryptocurrency businesses and miners. Recently, the country’s largest Bitcoin exchange, SurBitcoin was forced to temporarily suspend services after Banco Banesco froze its accounts. Also, the law enforcement authorities recently arrested Bitcoin miners and confiscated their mining equipment.

The main reason for such a condition to arise is the mismatch between Venezuela’s laws and government’s interests. As Bitcoin miners continue to exploit the cheap, highly subsidized electricity supplied to the residents, the government feels that the resources are being misused. At the same time, Bitcoin mining is a legitimate activity, and no law in the country states otherwise.

Recently few news outlets published reports of miners being forced to pay bribes, as high as $1000 per piece of confiscated mining hardware. With any viable mining operation running at least 100 hardware units, the extent of bribes collected in one single operation can go as high as $100,000. Few miners have allegedly paid the sum as they were scared of being jailed on various charges including terrorism, money laundering, computer crimes and anything the agents could come up with.

Even people who are remotely involved with Bitcoin businesses are being detained and questioned in Venezuela. All these developments make it quite evident that the government is not comfortable about the rise of an alternative economy while it fails to rein in the one that has gone haywire.

The future of Bitcoin businesses in Venezuela is constantly under threat and unless the situation improves, the country may lose out on much more than Bitcoin.

Tags: bitcoinBitcoin NewsbriberyCorruptionNewsVenezuela
TweetShare
BitStarz Player Lands $2,459,124 Record Win! Could you be next big winner? Win up to $1,000,000 in One Spin at CryptoSlots