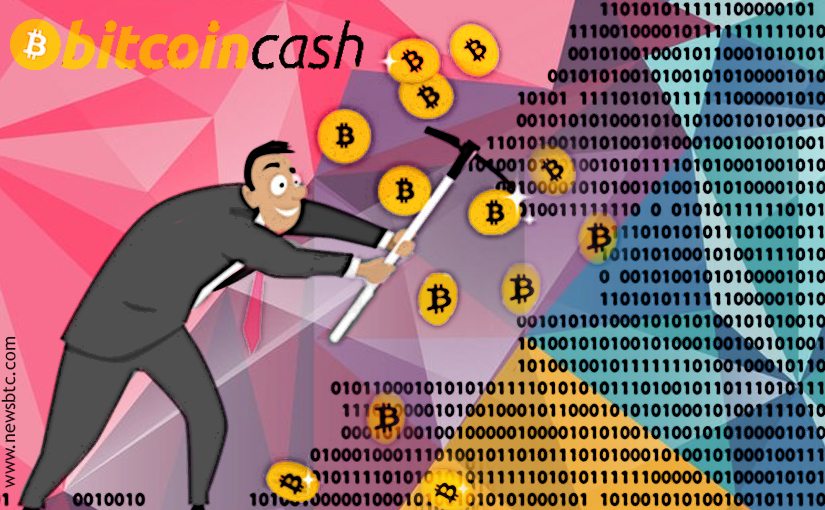 Cryptocurrency miners are always looking for the most profitable coin. For a lot of people, that has been Bitcoin, as far as SHA-256 mining is concerned. As of right now, it is far more profitable to mine Bitcoin Cash. According to Fork Lol, this situation may continue for quite some time to come. Given the SegWit2x drama on the horizon, a lot of things will change by the look of things.

A lot of people will always mine Bitcoin first and foremost. It is the world’s leading cryptocurrency now and will be for some time to come. Moreover, it is the only coin that gives people access to nearly all “airdrops” of forked coins that may matter in the end. Without Bitcoin, no one would have BCH, BTG, or soon B2X. It is evident the world’s leading cryptocurrency still has a lot of momentum in its favor. However, there is some competition emerging as we speak.

Most of this competition comes from Bitcoin Cash right now. This particular altcoin has soared in value over the past week. No one knows why exactly, but it is the hand we’re dealt. This has also affected the mining profitability of both BTC and BCH. More specifically, it is now more profitable to mine Bitcoin Cash cover BTC. Although this situation changes a lot lately, the current trend may remain in place for some time to come.

Fork Lol seems to indicate BCH mining will remain more profitable for some time. More specifically, the seven-day average has flipped in favor of BCH. Although this situation hasn’t been locked in yet, it is a very real possibility. Even at a rate of 1.06 times the normal BTC earnings, some miners will be tempted to make the switch. Interestingly enough, this trend seems to manifest itself close to the Bitcoin Cash hard fork itself. That fork will introduce some changes to the current mining difficulty algorithm.

For the time being, no one knows how things will play out. Bitcoin is on everybody’s mind right now, that much is evident. The current price momentum clearly favors BTC as well. However, BCH is making a very strong comeback out of the blue. There are some interesting changes on the horizon, to say the very least. A profitability change and SegWit2x near the same time will shake things up quite a bit. It is unclear how this will affect Bitcoin as a whole, though. The next few weeks will be extremely interesting to keep an eye on.