Why Analysts Think Bitcoin Price Will Soon Surge Past $9,000 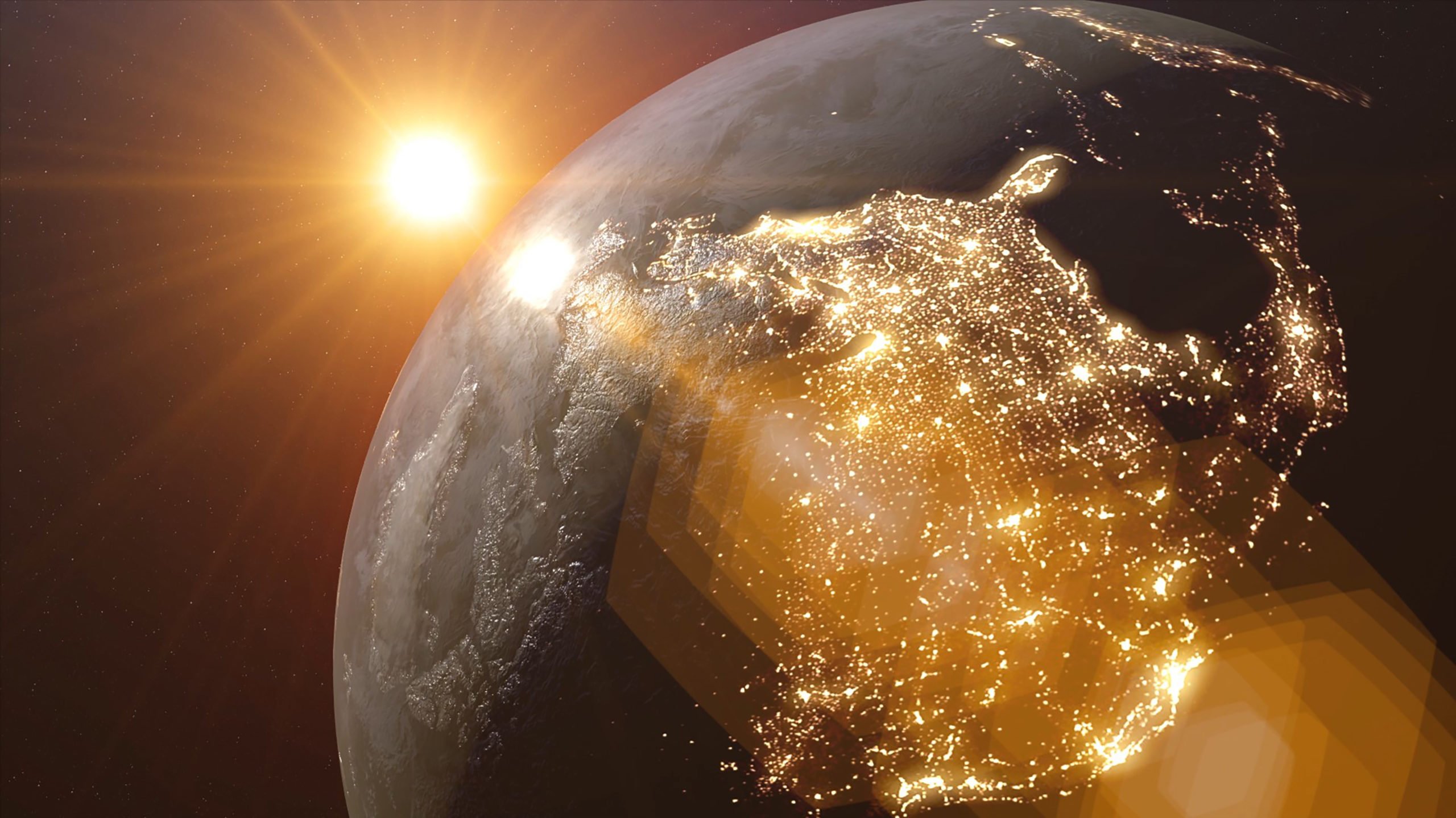 Bitcoin has been on an absolute tear over the past few days, with the price of the leading cryptocurrency rocketing as high as $8,910 just hours ago as of the time of writing this article. While bullish, analysts have been waiting for BTC to break past the key $9,000 price point, an important psychological and historical resistance. (Breaking this level would also give crypto investors a chance to post the “It’s Over 9000” meme.)

And according to analysts, it’s about to happen, meaning that Bitcoin may soon trade above $9,000 for the first time in literal months, boding well for the bullish argument.

Joe McCann, a Cloud and AI specialist at Microsoft and noted cryptocurrency trader, recently posted a Bitcoin price chart to his Telegram channel. In the chart, as can be seen below, McCann noted that BTC’s one-hour candles are trading in an ascending triangle pattern, which is marked by a flat top and a series of higher lows.

Should this textbook pattern play out in full, McCann notes that Bitcoin will soon surge 3% or higher to surpass $9,000 in the coming two days. 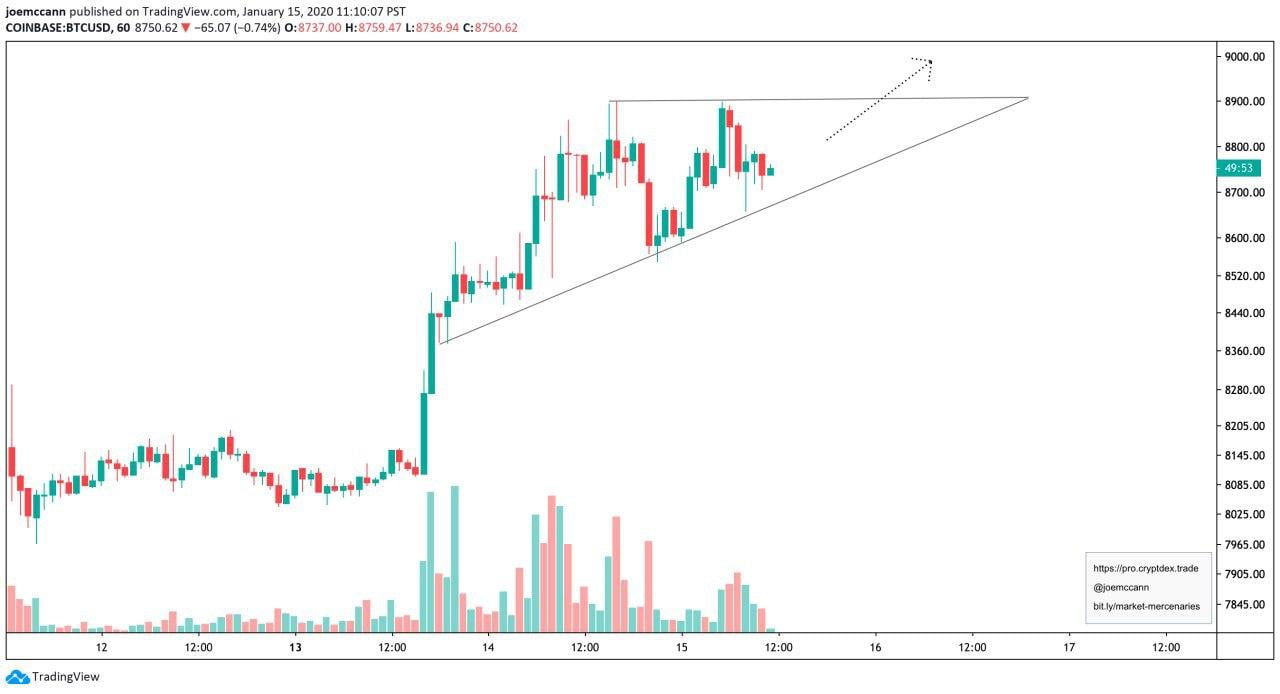 That’s far from the end of it. Filb Filb, a pseudonymous though still prominent Bitcoin trader that called Bitcoin’s sudden surge to $10,000 and subsequent decline to the $6,000s before these two moves happened, recently posted the below series of charts on TradingView.

The point in this being that Mahmudov thinks that any bears that remain are foolish for holding their negative sentiment.

Also, Dave the Wave, the cryptocurrency trader who in the middle of 2019 called Bitcoin’s dramatic 50% decline to $6,400, said that he expects for Bitcoin to start pressing towards $10,000 in the coming weeks.